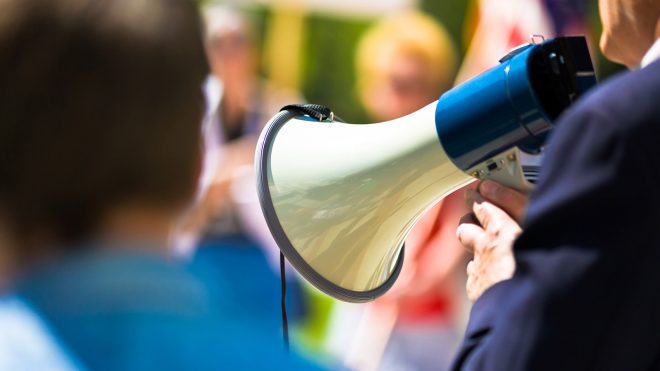 Freedom of Speech.  Most Americans seem to agree it is the most fundamental of rights guaranteed under the Bill of Rights, and many are quick to cite their First Amendment protections whenever faced with unpleasant consequences for making unpopular statements.  While we may all agree that freedom of speech is critical, it remains a right that is often misunderstood.

Recent events in Washington D.C. – and the fallout from those events – seem to underscore that ongoing misunderstanding.  Individuals who participated in the protests and breaching of the U.S. Capitol Building are facing arrest, calls for resignation, termination by their employers, and various other forms of consequence for their controversial political statements and actions a week ago.  One outspoken U.S. senator has already had a book deal cancelled by his publisher.  And these same events have resulted in near infinite responses by individuals, on both sides of the political spectrum, expressing their own opinions about the crowd’s actions and the underlying political forces that may have motivated their behavior.

But the question remains:  Do Americans have the right to say whatever they wish, completely free of consequence?  The answer is unquestionably, “No.”  The First Amendment to the U.S. Constitution reads that “Congress shall make no law … abridging the freedom of speech, or of the press; or the right of the people peaceably to assemble, and to petition the government for a redress of grievances.”  It is important to note those first five words – “Congress shall make no law.”  This means that the First Amendment applies to the U.S. government, and no one else.  Later, the 14th Amendment expanded the Bill of Rights to all the state and local governments as well.  Therefore, as it stands today, the First Amendment protects Americans from the government on the issue of free speech.  It does not protect Americans from anyone else.  This includes the judgment of fellow Americans, book publishers, and most employers.

Even public employees’ rights to free speech are limited

For public employees, the answer is not so simple.  Public employees work for the government, and that is exactly what the First Amendment is designed to limit.  A series of opinions by the U.S. Supreme Court has made clear that public employees do have limited speech rights in the workplace.  But the rules are not black and white.  Public employers may discipline employees whose speech adversely impacts the integrity or functions of the public employer or adversely affects morale, but they must also “arrive at a balance between the interests of the [public employee], as a citizen, in commenting upon matters of public concern, and the interest of the State, as an employer, in promoting the efficiency of the public services it performs through its employees.” Pickering v. Board of Education, 391 U.S. 563 (1968). This means that when speech is discriminatory or obscene, public employers can likely discipline the speaker without offending the First Amendment.

While Americans have begun to plead with each other for unity and common cause, employers should be prepared to handle incidents of controversial speech in the workplace.  The key for employers is consistency, as with all personnel decisions.  Notifying employees in advance through well-drafted policies of the employer’s expectations should both limit the number of instances of polarizing speech in the workplace, as well as provide protection from wrongful discharge suits claiming disparate treatment.  As always, we at McAfee & Taft stand ready and willing to assist you in evaluating your own policies or any issues that may arise with your employees.