Real estate attorney Myrna Latham was honored with Southern Nazarene University’s prestigious 2015 Outstanding Alumni Award at its annual Homecoming gala dinner on November 7. The award is presented to SNU alumni who have exemplified a servant heart in community-based or international initiatives, as well as outstanding achievements in their professional careers.

Myrna graduated from Southern Nazarene University (then known as Bethany Nazarene College) with a multidisciplinary Bachelor of Arts degree in speech communication, journalism, and political science in 1978. Her current contributions to the university include serving on the SNU board of trustees and SNU Foundation board of directors. She also is co-chair of the Peer Learning Network, a professional development program for Oklahoma business leaders that is facilitated by the SNU’s Zig Ziglar Center for Ethical Leadership. She previously served on the SNU Alumni Association board of directors and as president of the SNU Foundation. In 2013, she delivered the address at SNU’s spring commencement ceremony.

Myrna joined McAfee & Taft in 1985 after graduating with honors from the University of Oklahoma College of Law. Her professional achievements have earned her inclusion in Chambers USA Guide to America’s Leading Lawyers for Business, The Best Lawyers in America (real estate law) and Oklahoma Super Lawyers, which previously named her to its list of “Top 25 Women Oklahoma Lawyers.” She currently serves as a member of the board of directors of the Oklahoma Business Ethics Consortium, has been an active participant in the Oklahoma County Bar Association’s E-Mentoring program, and was honored with The Journal Record‘s Leadership in Law Award in 2007, as well as multiple awards from the Oklahoma Bar Association. 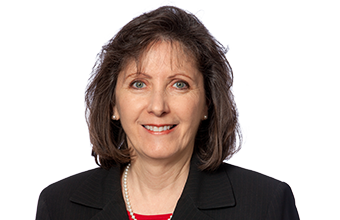