The last several months have witnessed a flurry of court activity regarding same-sex marriage laws. On Tuesday, January 14, Oklahoma joined that activity with an order and opinion issued by Tulsa’s federal court.

In 2004, Oklahoma voters approved an amendment to Oklahoma’s Constitution defining “marriage” to be exclusively a union between a man and a woman. In some respects, the Oklahoma constitutional amendment tracked the federal Defense of Marriage Act (DOMA). 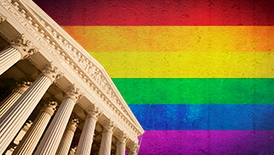 In June 2013, the U.S Supreme Court found that DOMA’s comparable definition of marriage was unconstitutional. This Tuesday’s ruling in Tulsa held the Oklahoma law’s limitation of marriages to only opposite-sex couples was also unconstitutional and violated the Equal Protection Clause of the Fourteenth Amendment to the U. S. Constitution. Tulsa’s federal court delayed the effect of its ruling until after any appeal.  A Utah federal court reached the same conclusion regarding Utah’s law, and that decision is making its way through an expedited appeal process to the Tenth Circuit Court of Appeals. Don’t be surprised if appeals of the Utah and Oklahoma decisions are combined.

Pending appeal, any lasting impact of this week’s decision is uncertain. We will keep you advised of developments for this rapidly changing employment and benefit issue.