On September 30, 2014, the Supreme Court of Oklahoma ruled that a business could not compel arbitration for a wrongful death claim. Trial lawyer Jason McVicker was interviewed by The Oklahoman about the case and what the court’s decision means for certain Oklahoma businesses.

In Boler vs. Security Health Care LLC, a nursing home patient filed a lawsuit claiming she was injured at the long-term facility. However, she died before she was able to litigate her claim, so her attorneys restyled the lawsuit into a wrongful death claim on behalf of the deceased patient’s personal representative. Rather than resolving the matter in court, the medical facility tried to compel arbitration, saying the patient had previously signed an agreement binding her to arbitrate any disputes, and that the contract included language binding “future representatives, heirs, or successors of the patient” as well. The personal representative argued he did not personally consent to the agreement and, therefore, was not bound by its terms.

“America is almost evenly split on this issue, but the Supreme Court ultimately joined those states that don’t allow forced arbitration of wrongful death claims,” said McVicker. “Put simply, the personal representative didn’t sign the agreement, so it was not effective against him. As such, the wrongful death claim can go forward.”

According to McVicker, not only do Oklahoma businesses need to be aware that they will not generally be able to arbitrate wrongful death claims, but this recent decision may have a ripple effect on other contract cases involving third parties. 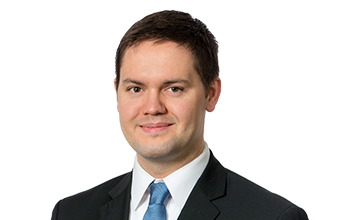 Hat’s off to Jennifer Callahan, 2020 Agricultural Woman of the Year