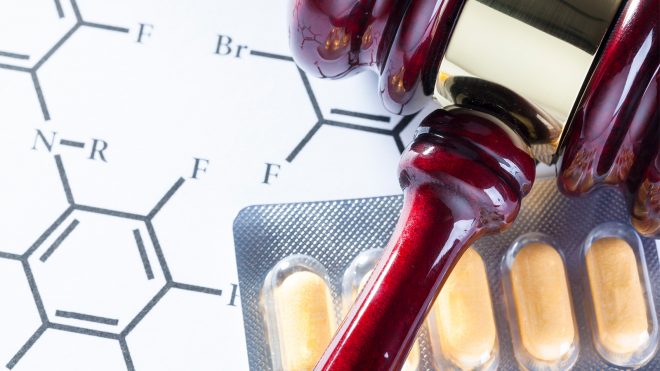 This month, the U.S. Supreme Court issued its opinion in Helsinn Healthcare v. Teva Pharmaceuticals, confirming that private sales of an invention may preclude an inventor from obtaining a patent under the America Invents Act. In Helsinn, the court considered the scope of the on-sale bar, which generally precludes an inventor from seeking to patent an invention that he or she disclosed – patented, described in a printed publication, publicly used, placed on sale, or otherwise made available to the public – more than one year before the effective filing date for the claimed invention.

The patent holder before the court, Helsinn Healthcare SA, began developing a nausea-treatment drug in the late 1990s, and, in 2000, announced that it was seeking marketing partners for its product. Helsinn entered into a license agreement and a supply and purchase agreement with MGI Pharma Inc., in which MGI agreed to make certain upfront and royalty payments in exchange for the right to sell the drug in the United States.

Nearly two years later, in 2003, Helsinn filed a provisional patent application for the drug that was the subject of the agreements with MGI, and ultimately obtained U.S. Patent No. 8,598,219, which claimed priority to the 2003 provisional application.

When Helsinn attempted to enforce its rights against generic drug manufacturer Teva Pharmaceutical Industries Inc., Teva claimed that, because Helsinn sold the invention to MGI more than one year before the 2003 priority date, the on-sale bar applied, and the ‘219 patent was invalid. Helsinn countered that the MGI transaction was not a public disclosure because only the fact of the sale – and not the details of the invention – were made available to the public as a result of the transaction. The Supreme Court disagreed, concluding that the otherwise-available-to-the-public language of the America Invents Act did nothing to change its prior opinions holding that even secret sales to a third party can qualify as prior art and, consequently, invalidate patents maturing from later-filed applications.

The court’s decision in Helsinn provides much-needed clarity that even secret sales constitute prior art for purposes of the on-sale bar, and serves as a reminder that in-house marketing, licensing and sales departments should work closely with intellectual property counsel when negotiating sales and license agreements to ensure that any intellectual property covered by such agreements is properly protected.