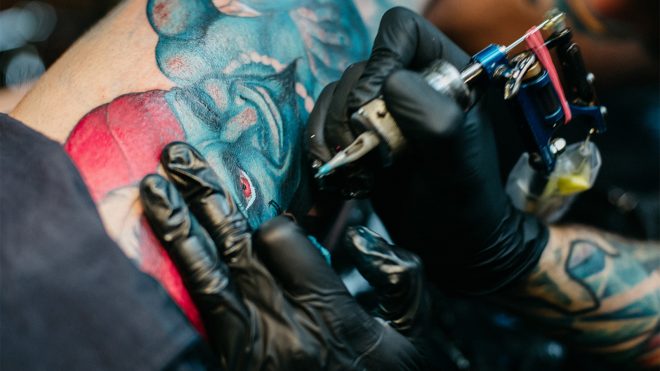 Ever been frustrated by a former employee unfairly using your confidential business information and trying to take your customers? As it turns out, tattoo artists have trade secrets, too.

Keith “Bang Bang” McCurdy is the owner/operator of Bang Bang Tattoo in New York City. McCurdy describes himself as “the most famous tattoo artist in the world” and, according to his business’ website, has “tattooed Rihanna in the tropics, LeBron James in his basement, Cara Delevingne on a roof, Katy Perry in Stockholm’s Abba Museum, and Justin Bieber on a plane at 30,000 feet.”

According to the lawsuit filed last week by Bang Bang against Karabudak, in 2016 McCurdy discussed with Karabudak the possibility of her moving to New York and going to work in his tattoo parlor. Such a plan would require her to obtain an O-1B Visa that would permit Karabudak to work in the United States for an initial three-year period, so long as she was employed at Bang Bang. The lawsuit claims Bang Bang and Karabudak agreed:

The lawsuit accuses Karabudak of breach of contract, unfair competition, and misappropriation of trade secrets and claims she contacted a competing tattoo studio and asked it to help her obtain an new O-1B Visa. McCurdy says Karabudak began secretly working for his competitor while still employed by Bang Bang. McCurdy accuses Karabudak of soliciting his customers, cancelling their appointments, and telling them to demand a refund of deposits they made to Bang Bang for future tattoos. McCurdy also accuses her of offering to tattoo Bang Bang customers “at a different site.” On March 8, 2019, Bang Bang terminated Karabudak’s employment and notified U.S. Citizenship and Immigration Services she was no longer employed. McCurdy claims she continues to use Bang Bang’s confidential information and to improperly solicit the tattoo parlor’s customers.

No word on whether Karabudak has attempted to contact Rihanna, LeBron, Katy Perry or Bieber.