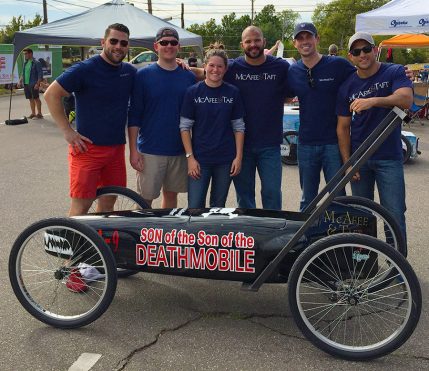 The non-motorized, downhill boxcar racing competition benefits the charitable organization whose mission is to make homes safe, warm and dry for low-income senior citizens in the Oklahoma City metropolitan area. The racing vehicles are constructed of materials commonly used to make home modifications and repairs for our homeowners. Team McAfee & Taft fielded the car known as “The Son of the Son of the Deathmobile,” which also competed in derby races the past two years.

You can learn about Rebuilding Together Oklahoma City as well as the annual derby competition at rebuildingtogetherokc.org.