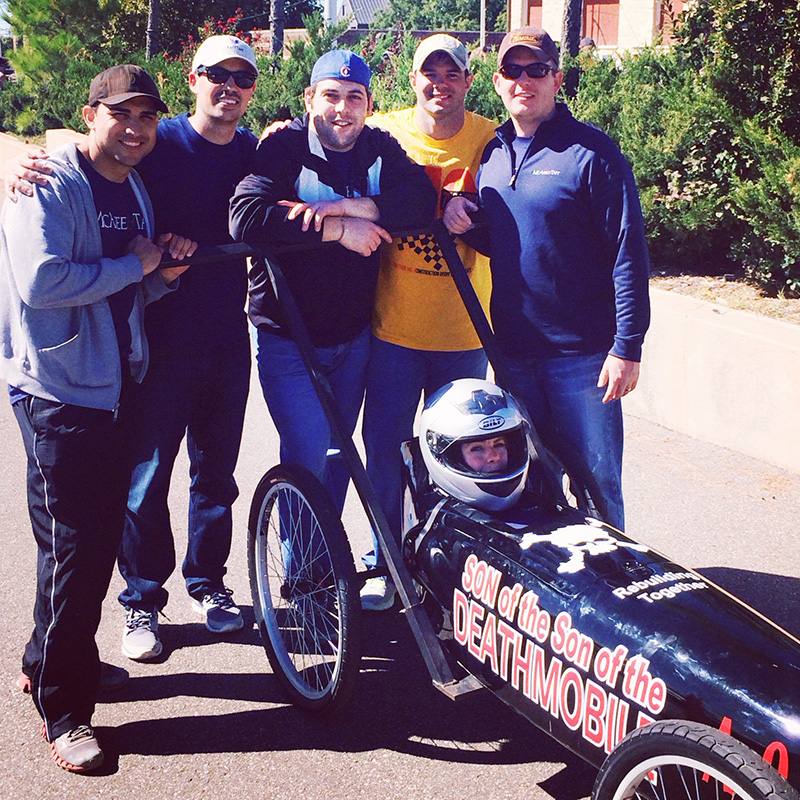 A team of McAfee & Taft attorneys competed in the 10th Annual Rebuilding Together Construction Derby on October 6, 2013, in downtown Oklahoma City. The non-motorized, downhill boxcar racing competition benefits the charitable organization whose mission is to make homes safe, warm and dry for low-income senior citizens in the Oklahoma City metropolitan area.

This year’s team included pushers Jared Boyer, Jared Mashaney, Curtis Thomas and Isai Molina, stopper Sean Hunt, driver Danae “Danica Patrick” Grace, and Cole Marshall, most of whom have competed in previous Rebuilding Together derbies. The team fielded the car known as “The Son of the Son of the Deathmobile,” which also competed in last year’s derby.

Team McAfee & Taft shined during time trials, achieving the top seed going into head-to-head matchups. After achieving early success, the team suffered a disappointing loss in one of the subsequent races, but rallied back to finish fourth overall in the amateur division.

You can learn about Rebuilding Together Oklahoma City as well as the annual derby competition at rebuildingtogetherokc.org.