In Caplinger v. Medtronic, __ F.3d __ (10th Cir. 2015), the Tenth Circuit Court of Appeals affirmed dismissal of a patient’s state law tort claims against a medical device manufacturer as preempted by federal law. The Tenth Circuit agreed with the district court that preemption applies to device claims, even if the plaintiff argues that the device was promoted or used “off-label.”

By way of background, medical devices like cardiac pacemakers and orthopedic implants must be approved by the U.S. Food and Drug Administration (FDA) before the product may be made available for use by physicians. The FDA classifies medical devices based on their risks and the regulatory controls needed to provide a reasonable assurance of safety and effectiveness. Devices that support or sustain human life or present a potential risk of serious injury are typically considered Class III devices, and undergo a rigorous Pre-Market Approval (PMA) process.

During the PMA process, the FDA reviews and approves devices for use as suggested by the manufacturer in the product label. However, once the products are available to physicians, they may use a device in a manner, or for a use, not in the label (“off-label”). For example, in Caplinger, the physician implanted a bone graft using a surgical approach different than that indicated in the product instructions. The FDA does not prohibit physicians from using medical products “off-label.” 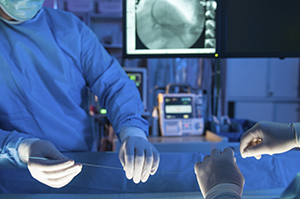 The general rule is that patients may not sue manufacturers of PMA approved devices under state law tort claims, as the claims are preempted by federal law. In theory, a manufacturer should be subject to one set of federal regulations rather than fifty-one sets of federal and state regulations. In practice, courts have struggled to come up with a consistent, workable approach to applying federal preemption, especially in cases involving off-label promotion and use. Plaintiffs argue preemption applies to uses (preempting on-label cases, but not off-label cases), while manufacturers argue preemption applies to devices (preempting all cases).

Thus, the significance of the Tenth Circuit’s bold opinion in Caplinger, applying preemption as broadly as possible in favor of device manufacturers. In Caplinger, the plaintiff claimed she was injured when Medtronic persuaded her and her physicians to implant a device using an off-label surgical technique. She alleged that complications arose from the off-label technique, that Medtronic “bribed” physicians to employ off-label techniques to boost sales, and that Medtronic financed misleading scientific studies to encourage off-label uses. She brought these claims under Oklahoma state tort law, and Medtronic responded with a preemption defense. The trial court and the appellate court both agreed the case should be dismissed. The Tenth Circuit rejected the plaintiff’s argument that courts should distinguish between on-label and off-label uses when applying the preemption doctrine. The plaintiff argued that since off-label uses are not subject to federal scrutiny, it did not make sense for federal law to preempt them. The Tenth Circuit noted that neither the Supreme Court nor the other federal circuit courts had ever recognized this exception to the rule, and found no support for it in the text of the law either.

Caplinger is one of the strongest and best-written opinions from a federal court on this issue. It is binding case law on the Tenth Circuit – Utah, Wyoming, Colorado, Kansas, Oklahoma and New Mexico – and it will likely have persuasive effect elsewhere. This is great news for medical device manufacturers. Having withstood rigorous FDA scrutiny, they can be more confident that fewer state-law hurdles will stand in the way of innovation and patient care.

If you have any questions about this update or if we can assist you with these or any other legal matters, please contact one of the lawyers in our Healthcare Industry Practice Group.