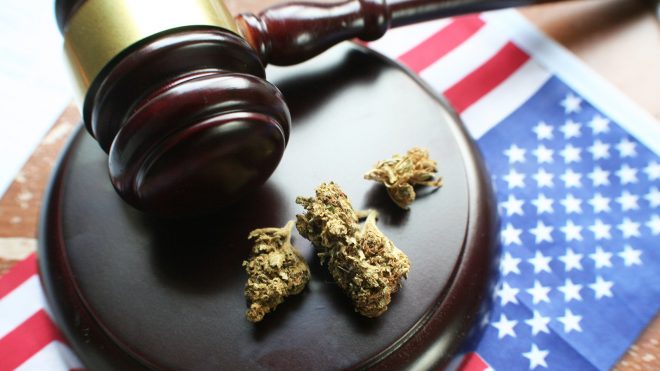 Can a business that is deemed illegal under federal law still be subject to federal wage and hour laws?  That’s the question recently answered in a decision handed down in Robert Kenney v. Helix TCS, Inc. by the Tenth Circuit Court of Appeals, which has jurisdiction over Oklahoma.  To the disappointment of the marijuana industry, the court said “yes.”

Helix TCS, Inc. provides security, inventory control, and compliance services to companies involved in the marijuana industry in Colorado. Robert Kenney, a former security guard for Helix, alleged in his wage and hour lawsuit that he and other security guards were improperly classified as salaried exempt employees and, as such, were entitled to overtime for all hours worked in excess of 40 per week.  Helix argued that the federal Fair Labor Standards Act did not apply to Kenney because his employment activities were in violation of the federal Controlled Substance Act (CSA), which classifies marijuana as an illegal controlled substance.

The gist of Helix’s argument was that the FLSA and CSA were legally incompatible because requiring Helix to pay overtime would require the court to find that Congress intended to both forbid Kenney’s work (under the CSA) and reward it (requiring overtime under the FLSA) based on the same conduct: his involvement in drug trafficking.

Employer’s argument goes up in smoke

Helix’s argument went up in smoke. The court rejected this argument and held the FLSA still applied, notwithstanding the fact that its employees’ job duties were arguably illegal under federal law. The court based its decision on several factors, including the fact that many other courts have previously ruled that an individual is not exempt from complying with certain federal laws because of violations of other federal laws.  The Tenth Circuit specifically looked at cases involving taxes and noted that the courts in those cases held that the fact that a business is unlawful should not exempt it paying taxes on income that, if lawful, it would still have to pay. A widely recognized example, the court noted, is when jurors convicted Al Capone for failing to pay taxes on income earned through illegal activities.

Helix also argued that the FLSA did not apply because Helix was not involved in interstate commerce – a condition that is required for the FLSA to apply to a business enterprise – since Colorado’s marijuana industry is only authorized within the state’s borders. However, the court held that Helix waived this argument because it was made for the first time on appeal.

Employers involved in the medical marijuana industry must ensure their pay practices comply with the FLSA and, likely, all other applicable federal employment laws. This includes correctly classifying employees, paying overtime for non-exempt employees, and keeping proper time records for non-exempt employees. That said, Oklahoma marijuana industry employers, unlike Helix, may be able to make an argument that the FLSA does not apply because they are not engaged in interstate commerce.   But with the inflow of money, marijuana tourism, and more and more out-of-state services (like banking) getting involved in the Oklahoma marijuana industry, it is not impossible that a court could hold the marijuana industry does involve interstate commerce, despite sales being limited to medical marijuana license holders in Oklahoma.

The safe bet for those in the marijuana industry to not get burned is to make sure employment practices comply with federal laws, even if the actual business may not.