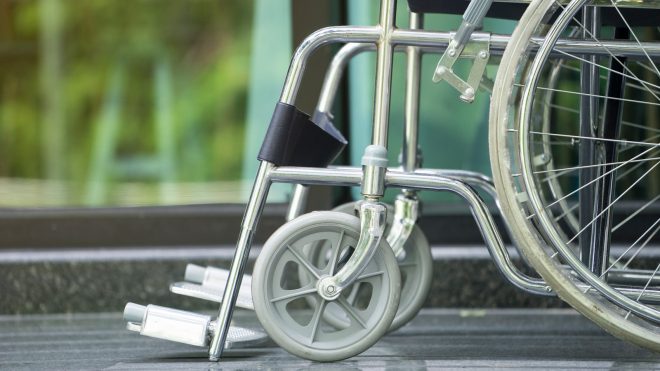 In January, the Tenth Circuit, which covers Oklahoma, effectively killed “tester standing” for Americans with Disabilities Act (ADA) Title III cases and Fair Housing Act cases. For many years, individuals with disabilities could sue businesses for accessibility issues under these laws, even when the individual had no intent to patronize the business.

So-called “tester plaintiffs” with disabilities could visit dozens of apartment complexes with no intent to rent, for example, and sue the complex for accessibility problems. This led to a situation where one person could file hundreds of lawsuits alleging technical violations. Because the time and legal expense associated with defending such a lawsuit could quickly surpass the amount of the plaintiff’s demand, these cases were nearly always settled.

Deborah Laufer was one of these tester plaintiffs. Ms. Laufer, a wheelchair user, has filed at least 300 lawsuits in the past five years against hotels across the United States. The claims arise from a particular regulation from the Department of Justice. The DOJ enforces Title III of the ADA, which prohibits public accommodations from discriminating against individuals on the basis of disability. The regulation in question requires hotels with online reservation systems to identify and describe accessible features in the hotel and in guest rooms being offered thorough its online reservation service. Laufer sued Randall and Cynthia Looper, the owners of the Elk Run Inn, a hotel in Craig, Colorado, for failing to provide the requisite information.

The case is something of a departure from prior case law, which had generally authorized tester standing in similar circumstances.

Anti-tester standing trend on the rise

The Tenth Circuit is not alone in its anti-tester plaintiff ruling. The Fifth Circuit reached the same conclusion — in another case involving Ms. Laufer — just a few months earlier, and the Eight Circuit began the trend in 2020, affirming the dismissal of three ADA cases because of a lack of standing.

A recent U.S. Supreme Court case, TransUnion, LLC v. Ramirez, offers further support for the anti-tester standing trend. In TransUnion, the Supreme Court reiterated that concrete harm must been shown by a plaintiff for a lawsuit to move forward — and that federal laws do not grant individuals “a freewheeling power to hold [businesses] accountable for legal infractions.”

While the Supreme Court has not yet revisited the concept of tester standing in an ADA case, it seems inevitable that it will have to address the issue eventually. In 2021 alone, plaintiffs filed an estimated 4,055 new ADA cases based on allegedly inaccessible websites, mobile content, or video content. This does not even count physical accessibility lawsuits, such as “drive-by” ADA cases – where an individual drives by businesses hoping to spot visible ADA-access violations, such as narrow doorways, steep ramps, or too few handicap parking spaces.

The Laufer ruling may be helpful in decreasing the number of lawsuits filed by a single plaintiff with no intent to patronize the business sued. The lawsuits and demand letters are unlikely to stop, however, as plaintiffs will simply file their cases in a more favorable jurisdiction, or will focus their efforts on businesses they do have an intent to patronize. There is no shortage of potential plaintiffs, as 61 million Americans are living with a disability.

All businesses open to the public, and especially targeted industries like hotels, retailers and restaurants, should take steps immediately to ensure that both their physical and online spaces are free from barriers to those with disabilities. Businesses that receive a demand letter or a lawsuit should immediately contact experienced legal counsel for assistance.