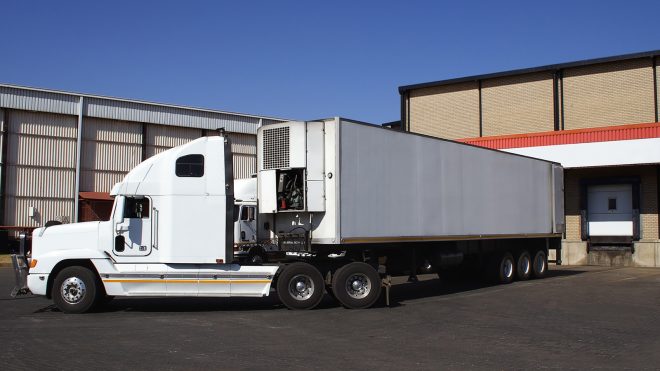 An employer who terminated a female employee who left work early to attend to what an appeals court called an “inherently female” emergency situation must face a jury trial on a gender discrimination claim.

Anthony Mann, Dana Moye, and Katina McGee, former employees of XPO Logistics Freight, Inc., all contended that their former employer had fired them for discriminatory and retaliatory reasons. The former employees sued, and the federal trial court in Kansas granted XPO’s motion for summary judgment with regard to all three. However, the U.S. Tenth Circuit Court of Appeals, which covers the state of Oklahoma, reversed the grant of summary judgment with regard to McGee.

XPO is a company that provides logistics and transportation services throughout the United States.  McGee, an African American woman, began her employment in 2013 for XPO as a driver sales representative. As part of her job, she worked on a “flex” team of drivers that drove extended service routes, which involved the transport of freight over long distances by teams of two. On those nights where there was not enough shipping volume to warrant a run, the drivers would perform dock work instead.

In April 2016, a male driver informed his manager that he did not want to drive extended services routes with McGee because his wife would not be comfortable with him working closely with a woman.  On April 19, McGee reported the issue to Maureen Mahr, a human resources generalist at XPO’s Kansas City location, saying that the driver’s request not to work with her made her feel discriminated against because of her race and gender. Although Mahr told the male driver’s manager that he would have to work with a female driver if she was up for the spot, Mahr did not prepare a report on the issue or counsel or discipline the male driver.

On April 20, McGee clocked into work as usual. She did not have a run scheduled that night, so she was performing dock work. McGee clocked out and left work two hours later, though, after she realized she had started her period unexpectedly and ruined her pants. Although she looked to inform someone in management that she was leaving, McGee could not find anyone and left anyway. McGee alleged that she tried calling management when she got home, but did not reach anyone.

Early the following morning, she called and spoke to both her supervisor and the service center manager about having left work early the prior day. Later the same day, Mahr learned that McGee had left work without approval and spoke with McGee about the incident. The next day, Mahr recommended that McGee be terminated for leaving work early without permission.

With regard to McGee’s discrimination claim, the Tenth Circuit reversed the grant of summary judgment, finding that there was sufficient evidence to create jury issue as to whether the termination was pretext for discrimination.

First, XPO’s attendance policy provided an explicit disciplinary process requiring an employee to accrue six “attendance events” in a rolling 12-month period to be subject to termination.  McGee’s instance of leaving work early was a single attendance event, which would not lead to termination under the policy. Although another policy forbid employees from leaving their workstation without authorization, the inconsistency of the two policies opened the door for questions as to what policy applied to McGee’s situation.

Furthermore, McGee presented evidence that three male employees, in separate instances, had also left their shifts early without permission and received only warnings or reminders to comply with policy. One of these male employees, in fact, continued to leave work early without permission, on top of other attendance problems, and was not terminated. On the other hand, McGee had no other discipline during her entire employment.

Although XPO did produce evidence of white men it had fired for leaving work early, these men may have had previous discipline, and none of them left work for a similar reason to McGee. The Tenth Circuit was persuaded that McGee’s menstruation situation was “an emergency,” as well as an “inherently female excuse for leaving early,” thus further distinguishing her situation from the men who had also been terminated for leaving early. The Tenth Circuit found that McGee was entitled to present her discrimination claim to a jury.

McGee also made a separate claim of retaliation, alleging that XPO terminated her in retaliation for her complaint of race and gender discrimination, made just three days before her termination. The Tenth Circuit reversed the grant of summary judgment on this claim as well. In addition to the evidence of pretext that McGee had presented, the appeals court also noted the close temporal proximity between the complaint and the termination and that the person who recommended McGee’s termination (Mahr) was also the person who took the complaint. The Tenth Circuit found that McGee was entitled to present her retaliation claim to a jury, too.

This case offers several good lessons for employers. XPO had a policy that supported its reason for termination; unfortunately, it also had a policy which did not support its reason. Directly contradictory and inconsistent policies are not only confusing to employees, but are also unhelpful evidence in a lawsuit. Even worse, the company had not followed its policies consistently, allowing some employees to get away with multiple violations without being terminated, but terminating McGee after a single violation.

Perhaps most importantly, the case is a good reminder to employers not to abandon common sense during termination decisions. XPO terminated McGee for this single attendance violation only three days after she complained of discrimination. XPO also ignored several mitigating factors for McGee leaving work early, including that she attempted to notify management that night that she was leaving, she had a good reason for leaving work, and she called in early the next morning to explain the situation. Courts and juries, made up of humans, will certainly consider these dynamics.