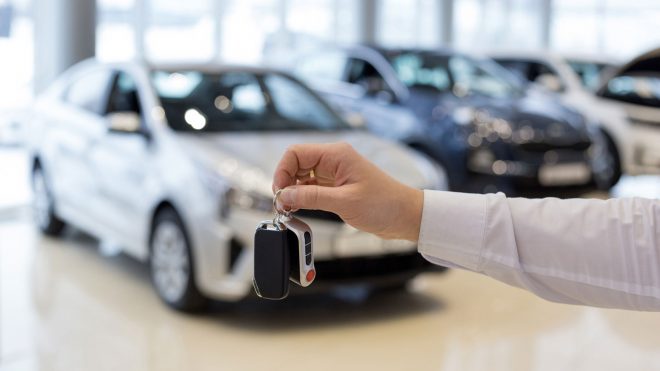 A car salesman who was terminated following customer complaints of a bad attitude cannot get to a jury on his religious discrimination claim according to the Tenth Circuit Court of Appeals. The Tenth Circuit, which covers Oklahoma, affirmed the trial court’s grant of summary judgment in favor of the employer in the recent opinion Pegler v. Doug Smith Autoplex.

According to the Tenth Circuit’s opinion, Mr. Pegler worked as a car salesman for Doug Smith Autoplex for approximately a year. During his tenure, he received discipline (“counseling statements”) for being offensive to customers, failing to meet sales objectives, and exhibiting a poor attitude toward customers. He also received three customer complaints. The final complaint came after Mr. Pegler raised his voice at a married couple taking a test drive, saying “If you aren’t going to lease from me, then you are wasting my time!” After the husband told Mr. Pegler to calm down, Mr. Pegler allegedly replied, “No, I’m Jewish.”

After his employment was terminated, Mr. Pegler sued, alleging that his employer discriminated against him because he was not a member of The Church of Jesus Christ of Latter-Day Saints, unlike most of his co-workers. Mr. Pegler claimed that a non-Jewish co-worker had two outbursts, but was not terminated. He also claimed that his performance was not as bad as claimed. Finally, Mr. Pegler argued that the potential car buyers who made the final complaint after the test drive may have been colluding with Doug Smith Autoplex to create pretext to terminate his employment.

Neither the trial court nor the appellate court agreed with Mr. Pegler’s theory, finding that he failed to present any evidence that his employer discriminated against him because of his religion.

The Tenth Circuit noted, first, that the comparison to a non-Jewish co-worker failed to show discrimination because the record showed that the employee in question did not have negative interactions with customers like Mr. Pegler did. The court noted that this distinction – a general poor attitude with co-workers versus a poor attitude toward customers – “is a seemingly critical distinction in the car business.”

Finally, the court did not accept Mr. Pegler’s conspiracy theory that the customer and employer had colluded on the final complaint against him, noting that Mr. Pegler had no evidence to support this theory and relied on “mere conjecture.”

Employers should feel relieved that not every claim of discrimination will make it to a jury. In this case, the employer’s practice of keeping clear documentation of performance and attitude issues set the dealership up for success on summary judgment. Employers should remember that documentation of disciplinary and coaching issues may provide evidence in a later lawsuit. On the other hand, the dealership’s mostly homogenous workforce in this case illustrates the importance of a diverse and inclusive workforce to avoid discrimination lawsuits.