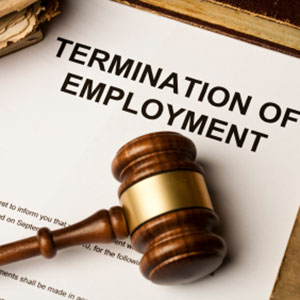 Michael Sumpter was employed by the American Bottling Company as a transport driver. Initially, Sumpter was scheduled to begin work at 4:00 am for each shift. Prompt attendance was a strict requirement of this position to ensure timely delivery of products to the company’s customers. The attendance policy, applicable to all employees, provided that “because of the disruptions caused to the business, [the Company] cannot afford to employ those individuals who have patterns of tardiness or absences.” The attendance policy further provided that employees would be counseled if a pattern of absenteeism and/or tardiness emerged, and that employment would be terminated if attendance continued to be an issue after that. Sumpter was provided with a copy of the attendance policy and acknowledged his understanding of the policy.

In 2009, Sumpter was diagnosed with sleep apnea. As part of his treatment, he was required to use a Bi-Level Positive Airway Pressure (BIPAP) machine. Sumpter contended that he was also required to comply with Department of Transportation guidelines requiring four hours of continuous sleep on a BIPAP machine before driving. Sumpter alleged that he had a difficult time adjusting to the use of the BIPAP machine and used it on an inconsistent basis, which caused him to be late for work, making it difficult to meet the DOT guidelines. Sumpter claimed that his sleep apnea and the BIPAP machine were the causes of his regular tardiness; Sumpter, however, admitted he was regularly late for work prior to the sleep apnea diagnosis.

In March 2010, the company informed Sumpter that his tardiness was a problem. In April 2010, Sumpter received a new supervisor. Sumpter told the new supervisor about his sleep apnea and that he was having a difficult time arriving to work because of the BIPAP machine. Sumpter did not request a later start time. Between April and June 2010, Sumpter arrived between 20 minutes and 4 hours late to work 39 out of 47 work shifts. Sumptner never informed his supervisor when he was going to be late.

On June 30, 2010, the supervisor met with Sumpter to discuss his tardiness. The supervisor suggested that Sumpter’s start time be changed from 4:00 am to 5:00 am, and he agreed to the change. The supervisor reiterated that he expected him to arrive on time and that Sumpter was required to contact the supervisor if he was going to be late to work. Sumpter did not mention his sleep apnea or BIPAP machine issues during this meeting.

From July 2010 through August 3010, Sumpter continued to be late 30 out of 35 shifts. Sumpter never called in to report his tardiness. On August 25, 2010, the supervisor again met with Sumpter to counsel him regarding his excessive tardiness and the company’s expectations. The supervisor asked what could be done to help him arrive on time, but Sumpter did not request an accommodation or inform the supervisor that the continued tardiness was due to the sleep apnea or the BIPAP machine.

Between September 2010 and November 2010, Sumpter was late 49 out of 54 shifts. On December 3, 2010, the supervisor met with Sumpter regarding his excessive tardiness. The supervisor informed Sumpter that continued tardiness without explanation would be grounds for termination of employment. Sumpter did not mention his sleep apnea nor did he request any other schedule change or accommodation. Following the December 2010 meeting, Sumpter was late 7 out of 19 shifts and never called in to inform his supervisor that he would be late.

The company’s human resources department conducted an investigation into the driver’s excessive tardiness. The investigation concluded that the time recorded by Sumpter’s electronic badge when he entered the building was often later than the time he recorded on his time sheets. Sumpter clearly did not want his time sheets to reflect his late arrival. Sumpter’s conduct constituted falsification of time records, which could be grounds for immediate termination under the company’s policies.

When Sumpter returned from the Christmas holidays, he learned that schedule changes were being considered by management. Sumpter spoke with his supervisor on three occasions about scheduling a meeting to discuss scheduling changes, but never actually requested a scheduling change. On January 10, 2011, Sumpter was terminated because of his repeated tardiness, failure to call in to his supervisor, and his falsification of time records. Sumpter never requested an accommodation from human resources for his sleep apnea.

Tardy to work, but timely to file a lawsuit

Following his termination, Sumpter filed a charge of disability discrimination with the EEOC alleging discrimination and failure to accommodate. Thereafter, he filed suit in Texas federal court.

On the failure to accommodate claim, the court found Sumpter could not perform an essential function of his job – arriving on time – with or without reasonable accommodation. The court based its holding on the fact that Sumpter had attendance issues prior to his diagnosis of sleep apnea and that even with the unsolicited accommodation of a later start time, Sumpter continued to be late. While Sumpter informed his supervisor of the existence of the sleep apnea, he never requested an accommodation, despite having multiple opportunities to do so. Sumpter’s intentions to request a schedule change were too little too late, when he had already been warned termination was imminent.

Lessons learned from the Sumpter case

In this specific case, the court provided a strict interpretation of the law, ruling that employers are under no obligation to make a reasonable accommodation for an employee until that employee makes it known that an accommodation is necessary. While the employee does not have to use any magic words, the employee still must explain that an adjustment to working conditions is needed because of a medical condition-related reason. Employers should remember that they are not required to make accommodations if the requested accommodation still would not allow the employee to perform the essential requirements of the job. Additionally, the timely arrival to work can be considered an essential requirement of the job.

The Sumpter case not withstanding, it’s important to remember that the EEOC’s current stance on accommodations is that employers should initiate the interactive process if they have information which may lead them to believe that an accommodation may be necessary, lest they be slapped with a lawsuit.

Documenting the legitimate reasons for an employee’s termination – as was the case in the Sumpter matter – ensures that an employer can defend against a subsequent discrimination claim. It demonstrates that the employee would have been terminated, regardless of any claimed disability or medical condition.