The #MeToo Movement: What now? 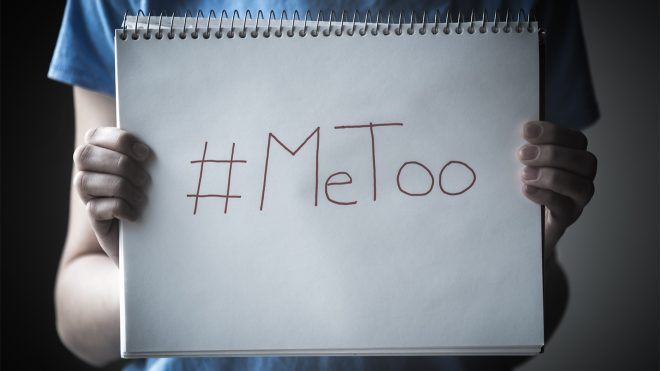 Before practicing law, I had another life. I was a 20-something trying to make my way in Hollywood—going to auditions, taking classes, meeting actors, directors and managers, doing plays and showcase pieces—and had a few “casting couch” encounters of my own. Maybe it was my Oklahoma roots, but I wasn’t interested in quid pro quo. I just didn’t want that life enough, and after years of giving acting a go, and frustrated by encounters that left me feeling like “making it” meant compromise (and not the good kind), I eventually handed in my headshots for my law license and exchanged the bright lights for the midnight oil.

Another time, another place: January 2020

More than two years after allegations of sexual harassment against Harvey Weinstein surfaced and the #MeToo Movement explosion, Weinstein’s trial rape began in January 2020. Has society’s tolerance for sexual harassment decreased? A glance at the news suggests it has. As a general rule, what might have been okay a decade ago, or even five years ago, is just not okay now. Take, for example, the casting couch “outtake” scene that used to exist in the Toy Story 2 credits—where the Prospector sits in his box with two Barbies, claiming he can secure roles for them in Toy Story 3. It was funny in 1999. And, now, well, it doesn’t land the same way—particularly with the allegations of inappropriate conduct raised against John Lasseter, the movie’s director.

According to the National Women’s Law Center (NWLC), several states have recently enacted legislation to expand sexual harassment protections. For instance, the NWLC reports Delaware, New York, Vermont, Illinois and Maryland have all expanded the definition of “employee” to include individuals such as interns, contractors, vendors and volunteers. Arizona, California, Maryland, Tennessee, Vermont, Washington, Illinois, Oregon and Virginia are among states that have limited the employer’s ability to require an employee to sign a non-disclosure statement (NDA) or that have otherwise limited the reach or enforceability of an NDA. Vermont, Oregon and California have prohibited “no-rehire” provisions in sexual harassment settlements. And, California and New York have enacted laws to make it easier for an employee to succeed on a sexual harassment claim—clarifying or abandoning the “severe or pervasive” standard.    And, the legislation continues.

But, how, if at all, has the #MeToo Movement changed the course of law in Oklahoma? A survey of 2019 opinions from federal courts in this state suggests not that much.

In 2019, the federal court in Oklahoma City decided two sexual harassment cases, and Tulsa’s federal court decided another sexual harassment lawsuit. In all three cases, the employer was granted judgment in its favor. It seems from these decisions courts are no less exacting in interpreting Title VII’s “severe or pervasive” standard than they were pre-#MeToo, despite the apparent shift in social norms.

Davis v. Board of County Commissioners of Stephen County

In Davis v. Board of County Commissioners of Stephen County, the court granted judgment in favor of Stephen County on the plaintiff’s gender discrimination and sexual harassment claims. In Davis, the plaintiff had reported that a co-worker had commented in her presence, “[Y]our pu**y is hungry” (Cat Comment), when the two had spotted a stray cat on the fairgrounds. The County reprimanded the remarking employee, and the plaintiff was satisfied with the County’s handling of the comment. The plaintiff then alleged that several months later her supervisor, over a three-month period, had told her about dreams in which they had kissed. The plaintiff’s supervisor also allegedly told her he had had “a dream in which he and the plaintiff went ‘all the way’ and that ‘it was great.’” The two also exchanged text messages in which the plaintiff’s supervisor had asked her about her own dream and whether the plaintiff had tried to kiss him. The plaintiff further alleged the supervisor had put his arm around her and told her that she could come to him with issues, calling her “little buddy.”

Relying on pre-#MeToo case law, the court held that neither the Cat Comment nor the supervisor’s comments were actionable under the law. But, this was not the end of the decision. The court went further by granting judgment in the employer’s favor on the plaintiff’s retaliation claim, finding that the plaintiff’s complaints to her employer were not protected activity under the law, as a reasonable person could not have believed that the reported conduct violated Title VII.

In the second Oklahoma City court case, Lovelace v. Levy Oklahoma, Inc., the plaintiff’s co-worker asked him “whether he thought her butt looked jiggly” while she was wearing a tight skirt. The plaintiff also reported he had overheard the co-worker “make a double entendre comment to his wife” [also an employee] that she knew “how to handle that wiener because [plaintiff’s wife] had a foot-long hot dog in her hand.” The court decided the conduct was not sufficiently severe or pervasive that a reasonable employee would believe it created a hostile work environment. The court did not consider whether the employee’s reports were protected when analyzing the plaintiff’s retaliation claim and, instead, moved on to deciding whether the plaintiff had suffered a materially adverse employment action. As the same judge decided both the Lovelace and Davis cases, it appears the court only questioned whether the reports in Davis were protected activity because the defendants had treated them as such.

In contrast to the Davis and Lovelace cases, Tulsa’s federal court found in Paden v. O’Reilly Automotive Stores, Inc. that daily sexual comments and one physical encounter sufficiently severe or pervasive to support sexual harassment and retaliation claims against the employer. Although the court ultimately granted judgment in favor of the employer, it did so because it determined the employer had taken adequate steps to remedy otherwise actionable conduct — not because the reported conduct did not meet Title VII’s severe or pervasive standard.

Charges of discrimination and EEOC settlements

Interestingly, the Equal Employment Opportunity Commission (EEOC), compiling data from 2009 through 2018, reports that fewer employment discrimination charges (only 990) were filed in Oklahoma during fiscal year 2018 (ending September 30) than in previous years. Contrast this number with the 1,672 charges filed in 2009. In 2016, this number was 1,058, and in 2017, it was 1228. Of the 990 charges filed in fiscal year 2018, 34.6% were gender-based, which includes sexual harassment claims and gender discrimination claims.

In January of this year, the EEOC has already negotiated $22 million in settlements in 16 cases, all involving discrimination or harassment claims. Of this amount, $175,000 represents a settlement reached in a sexual harassment case filed by two employees against the same employer. The EEOC had alleged the company had failed to adequately address complaints of sexual harassment.