The need for actual medical evidence in disability cases

Employers frequently call with concerns about employees who self disclose an alleged disabling condition that is not readily apparent, and who claim substantial limitations as a result. The employer’s concerns center on when their duty to accommodate kicks in. Although we caution employers to consider such employee statements seriously and to at least initially presume an obligation to consider reasonable accommodation, the law ultimately places the burden on the employee to produce actual medical evidence of a disability and its impact on major life activities, as opposed to the employee’s mere opinion. If the employee fails to do so, the employer may be relieved of any obligation to accommodate the employee’s unsubstantiated condition. 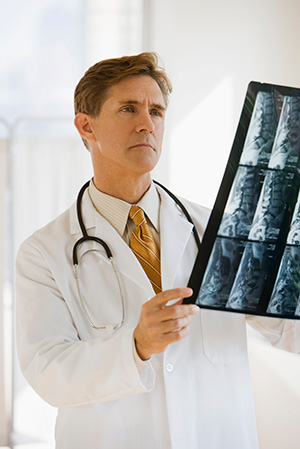 Cynthia Felkins, an emergency dispatcher for the City of Lakewood, Colorado, told her employer during her job interview that she had avascular necrosis, that the condition qualified as a disability under the Americans with Disabilities Act, and that it severely impaired her ability to lift. Avascular necrosis is a serious medical disorder that causes bone tissue to die from poor blood supply, and which can impair lifting ability.

Soon after being hired, Felkins fractured her femur while at work. Her supervisor drove her to the hospital, and Felkins claimed she told the supervisor that her fracture was the result of avascular necrosis. At the hospital, the medical provider filled out FMLA paperwork (although plaintiff was not FMLA qualified) that stated plaintiff had received hospital care. The documentation did not indicate a chronic condition but did provide a future return to work date at “full duty,” without restrictions.

Felkins later returned to work on crutches, and the employer, without the employee requesting it, allowed her to work reduced-hour shifts until she finally healed. Felkins later alleged that the reduced-hour shifts were a required accommodation and that it was evidence her employer considered her to be disabled. She also alleged her supervisor knew that her husband had to do all household chores because of her condition, and that she had handicapped plates on her car.

Over the next four months, Felkins missed significant hours of work and never returned to a full-time shift. She subsequently aggravated her injury, causing her to miss more work. Ultimately, Felkins missed 466 hours of work over the 10-month period post-injury. Not surprisingly, she was fired. Felkins alleged that she offered to work a full-time shift to keep her job, but that the employer refused. The City of Lakewood maintained that Felkins had “used an inordinate amount of leave as a probationary employee,” warranting termination.

Felkins went to the Equal Employment Opportunity Commission, then subsequently filed suit alleging disability discrimination and failure to accommodate her disability. Noting that the doctor’s release and her FMLA documentation did not establish that Felkins suffered from a “disability,” the trial court found in favor of the employer and dismissed her lawsuit. The trial court held Felkins’ own testimony was not enough to show the existence of either a disability or a substantial limitation resulting therefrom.

On appeal, the Tenth Circuit stated that the ADA prohibits employer discrimination against disabled individuals by failing to make reasonable accommodations to known physical and mental limitations of an otherwise qualified person, unless the employer can show any accommodation would be an undue hardship on the employer.

The appeals court then focused solely on the first issue – whether plaintiff was in fact a disabled person. The court recited basic disability law – under the ADA, “disability” means a physical or mental impairment that substantially limits one or more life activities, and major life activities include lifting, walking, standing, and other basic physical activities; plus, biological limitations such as impairment of normal cell growth and blood circulation. The appeals court pointed out that Felkins had identified the major life activities of walking, normal cell growth, and blood circulation as being substantially impaired by her condition.

Next, the appeals court analyzed the evidence and found that the doctor’s release and FMLA paperwork did not support plaintiff’s contentions, that plaintiff’s testimony was insufficient to support her claim of disability because she was not qualified as a medical expert, and that she had not provided any supporting evidence from an actual medical expert. The court explained that while Felkins, a lay person, could describe her condition and how it affected her, her description was not only insufficient to diagnose her condition and its effects, it should not have even been allowed into evidence by the trial court because of plaintiff’s lack of specialized training on such matters. The court took pains to explain that although under the revised ADA there is a lowered threshold to prove a disability and that the law now states that proof that an impairment substantially limits a person’s major life activity by comparison to people in the general population “will not require scientific, medical or statistical analysis,” Felkins failed to provide qualified medical evidence of disability. Furthermore, she failed to provide qualified medical evidence that her condition caused her alleged impairments. In other words, she failed to connect the dots.

It is the employee’s burden to provide actual evidence of a disabling condition and its effect on a major life activity. Absent that, and relying only on their own description and opinion, the employee may have failed to trigger the employer’s obligation to accommodate. The employer is entitled to sufficient, qualified medical evidence of disability and impairment. That said, be cautious in dealing with these situations. Be sure to request supporting medical evidence and give the applicant or employee reasonable time to provide it. If they fail to do so, the employee is not legally protected.