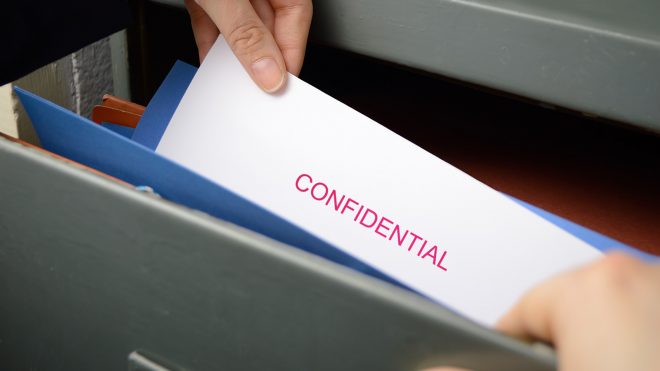 Customers, trade secrets, and proprietary information are the lifeblood of any company. For this reason, companies routinely have employees sign confidentiality agreements and, to the extent they are enforceable, non-solicitation and non-competition agreements. There is often a race to the courthouse to get an injunction when there is a threat of a former employee misappropriating trade secrets or soliciting customers or employees in breach of an agreement. But as one company recently learned in seeking an injunction against a former employee and competitor, it may be a little too late if the damage is already done. This recent case from the Tenth Circuit provides helpful guidance on what companies need to prove if they want an injunction to protect trade secrets and customers. Specifically, companies must show that there is a sufficient probability of a future irreparable harm. The evidence needed to show future harm may be more than many companies expect.

As a staffing company for oil and gas companies, DTC Energy had a database of résumés for oil and gas workers and, upon request from an oil and gas client, would search its database to provide a qualified worker for the customer. Adam Hirschfeld was DTC’s former business development manager, and Joseph Galban was an accountant. Ally Consulting was a competitor of DTC with a much smaller customer base (focusing only on directional drillers) and was owned in part by Hirschfeld’s father – a fact Hirschfeld never disclosed to his employer.

While Hirschfeld was employed at DTC, the company had an agreement with Ally to provide certain payroll services. However, Hirschfeld allegedly steered DTC business to Ally in violation of his duty of loyalty and an employment agreement, which included a non-solicitation agreement. Soon after a change in ownership of DTC, Hirschfeld left to work directly for Ally after giving a few weeks notice of his resignation. He took with him a flash drive containing thousands of résumés of potential candidates and all of the files stored on the DTC Dropbox database. He also took with him a laptop that was signed-in on DTC’s Dropbox account so he could continue to access the files stored online. However, his access to his DTC e-mail account was cut off.  A couple months after hiring Hirschfeld, Ally turned over the electronic devices to a third-party computer forensic vendor, and Hirschfeld no longer had access to the DTC résumés database on Dropbox.

Shortly afterwards, DTC filed its lawsuit. At the outset, this looked like a good case for DTC: they had evidence of Hirschfeld not disclosing his father’s ownership in Ally, of diverting customers to Ally, and of taking confidential information. Thus, DTC asked the court to stop Ally and Hirschfeld from using trade secrets, unfairly competing, and violating the terms of his employment agreement. DTC described its injunction as enjoining Ally from any business operations until trial, and it would have prohibited Galban and Hirschfeld from working at Ally or with any customer or consultant they had previously worked with while employed at DTC.

After an evidentiary hearing, the district court denied DTC’s request for an injunction. After a quick appeal by DTC, the Tenth Circuit agreed with the trial court that DTC did not provide sufficient evidence of any future harm to the company.  While the court noted that there was evidence of Hirschfeld breaching his duty of loyalty and his employment agreement, most of the alleged conduct happened in the past and could be remedied by an award of money damages, not an injunction stopping future conduct.

As to the electronic data Hirschfeld took, the court reasoned there was not sufficient evidence of future harm because Hirschfeld no longer had access to the database, as Ally had turned it over to a third party.

Based on Hirschfeld’s alleged wrongdoing, it may be a surprise to other companies wanting to protect their customers and data that DTC could not get an injunction. For those companies, this case provides many instructive lessons.