Initiated in 1970, the Patent Cooperation Treaty (PCT) has become a popular tool for patent applicants interested in obtaining patents in multiple countries. In 2014, 61,492 PCT applications were filed by U.S. applicants. As of March 1, 2015, 148 countries have submitted the necessary papers to participate in the PCT process as administered by the World Intellectual Property Organization (WIPO). A full list of PCT countries can be found here.

Although the name implies the possibility of an international patent, the PCT process is an examination process, not a patent granting process. For those patent applicants interested in patent coverage in multiple countries, the PCT process provides a cost-effective initial assessment of their patent applications. Patent attorneys familiar with the PCT process can develop strategies for their clients that will allow clients to defer costs while developing a business plan for their inventions (cost deferment strategy) or reduce the time between application and grant of a patent (fast track strategy).

Upon receipt of the Article 34 response, the International Preliminary Examining Authority will continue the examination of the application and will ultimately issue a final opinion known as the International Preliminary Report on Patentability (IPRP). (If the applicant does not respond to the Written Opinion, the Written Opinion becomes IPRP.) Typically, if the applicant responds promptly to the Written Opinion and requests immediate entry into Chapter II of the PCT, the international preliminary report on patentability will issue several months earlier than the 28-month deadline required by the PCT guidelines. If the IPRP is favorable, then the applicant may be able to take advantage of the Patent Prosecution Highway (PPH) to further fast track the application through the national phase in the selected countries. Countries with PPH programs accepting favorable findings from the PCT include: the European Patent Office, Canada, Japan, Russia and others. For a complete list, click here. Thus, obtaining a favorable IPRP may reduce prosecution costs at the national phase or the application process and may lead to a faster allowance of a patent. 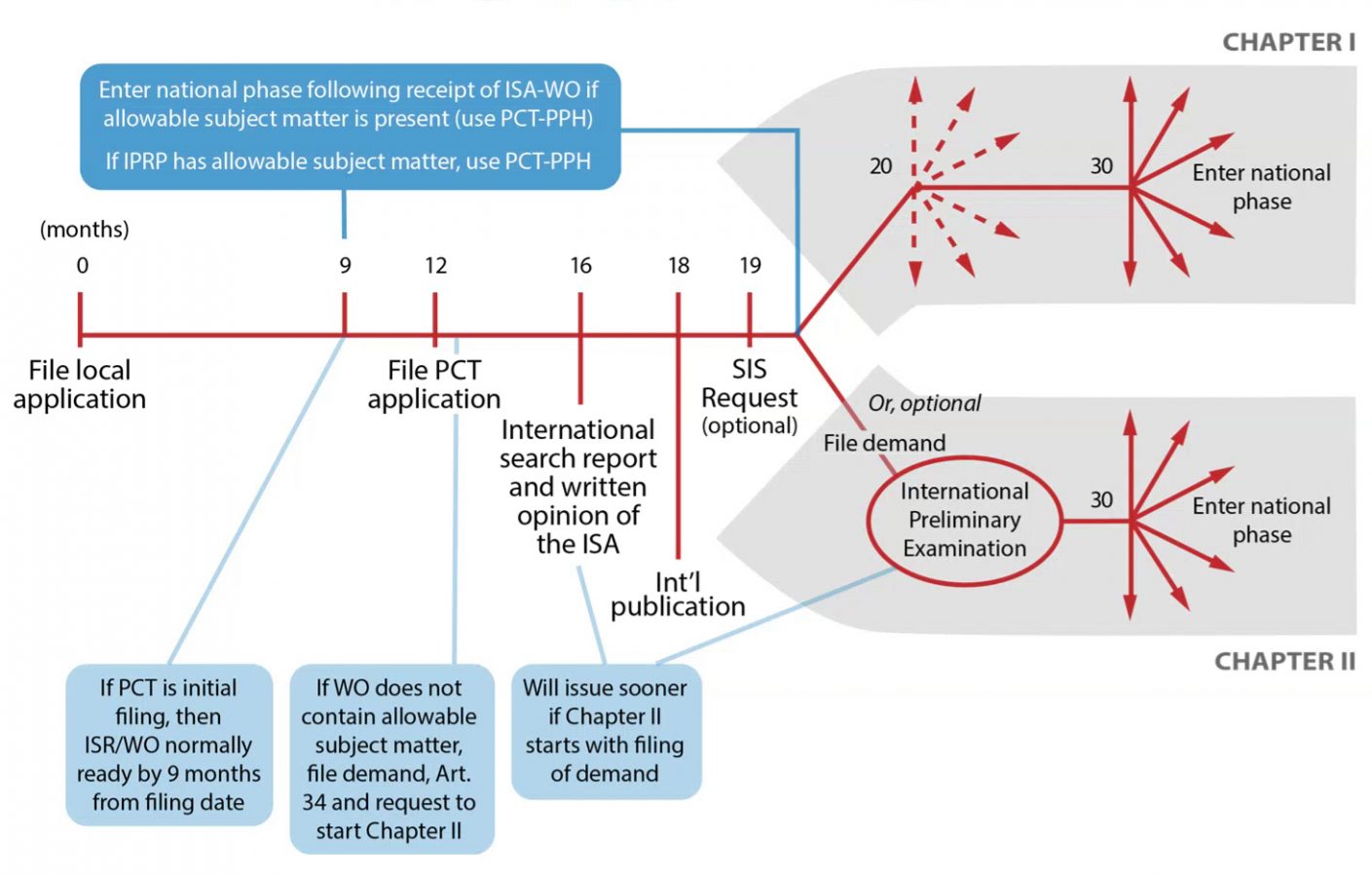