Then I’ll huff, and I’ll puff, and it’ll be fine 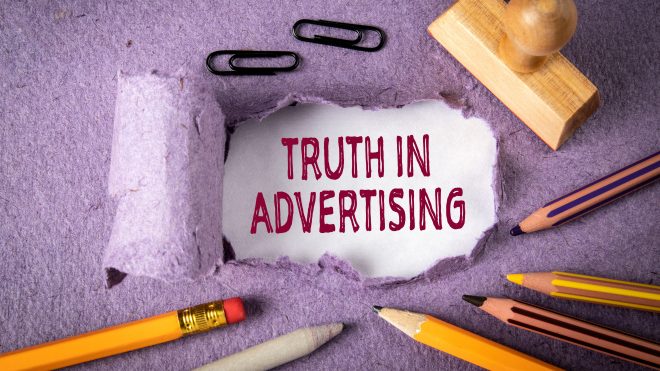 False or misleading advertising, also known as commercial disparagement or trade libel, is generally actionable under federal law, state law, and common law. For example, on the federal level, false or misleading advertising is prohibited by the Lanham Act. In Oklahoma, it is prohibited by the Oklahoma Deceptive Trade Practices Act (e.g., for competitors) and the Oklahoma Consumer Protection Act (e.g., for consumers).

Despite the numerous causes of action available to potential plaintiffs, certain types of statements are not actionable, even if they are not technically true or are not supported by any evidence. For example, vague claims of superiority and/or grossly exaggerated claims (e.g., “World’s Best Widget”) are often considered to be mere “puffery” and not actionable. Courts generally conclude that no reasonable buyer would consider such claims to be objectively true statements of fact.

A recent case out of the U.S. Court of Appeals for the Tenth Circuit, the intermediate federal appellate court having territorial jurisdiction over Oklahoma, Kansas, New Mexico, Colorado, Wyoming and Utah, plus those portions of the Yellowstone National Park extending into Montana and Idaho, illustrates the distinction between actionable false advertising and unactionable mere puffery. In Renfro v. Champion Petfoods USA, Inc., No. 20-1274 (10th Cir. Feb. 15, 2022), the Tenth Circuit considered a putative class action filed by a group of pet owners against pet food manufacturer Champion Petfoods. The plaintiffs alleged that Champion’s statements on certain dog food packaging that the dog food was “Biologically Appropriate” and “Trusted Everywhere” and contained “Fresh and Regional Ingredients” and “Ingredients We Love [From] People We Trust” were false and misleading. The plaintiffs alleged that these statements violate the Colorado Consumer Protection Act and further constitute breach of express and implied warranties, fraudulent misrepresentation and concealment, unjust enrichment, and negligence.

The district court found that the statements in question were either unactionable puffery or overly subjective and therefore not materially misleading to a reasonable consumer. The Tenth Circuit agreed, holding that the statements “fail to deceive or mislead reasonable consumers on any material fact.” Accordingly, the district court’s dismissal of the claims was affirmed.

Applying Colorado law, the Tenth Circuit concluded that none of the phrases in question supports a claim for deceptive advertising. For example, the court held that the district court correctly found that the statements “Trusted Everywhere” and “Ingredients We Love [From] People We Trust” are unactionable puffery. The court stated that “[n]o reasonable consumer would have concluded these ‘vague generalities’ were anything other than boilerplate statements of opinion.” As to the phrase “Fresh Regional Ingredients,” the court found that even if it takes the claim “Fresh and Regional” on its own, “it too is a ‘vague generality’ that would not mislead a reasonable consumer who examined the entire package.” Similarly, the court concluded that in view of the explanation provided on the packaging, no reasonable consumer would have concluded that the general statement of quality “Biological Appropriate” was a material misstatement of fact. The court found that “[t]he only conclusion that a reasonable consumer could draw from a package that claimed the dog food was ‘Biologically Appropriate’ is that it was fit for dogs to consume.”

Even though the Renfro case focused on the Colorado Consumer Protection Act and Colorado law, the same basic principles should apply to any case, whether under federal, state or common law, that involves the issue of whether an advertising claim constitutes mere puffery or actionable false advertising. The difference between actionable false or misleading advertising and unactionable “puffery” can be a fine line that businesses should be cognizant of when marketing their products and analyzing the advertising claims of their competitors.