Think twice before you dismiss a cry for help: ADA accommodation request or not? 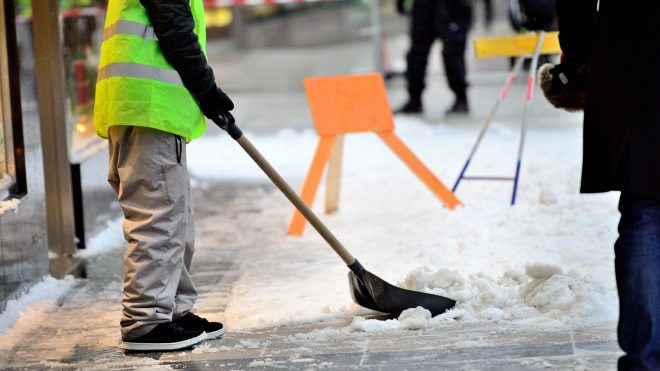 You know the scenarios: an employee reports his chair is bothering him; another employee reports the glare of the computer screen is hurting her eyes; and a third employee explains he needs a different office space, better tools, or to wear shoes that aren’t company-issued.  Are these cries for help actually veiled requests for reasonable accommodation?  Should you do something about them? Should you consider the requesting employee to be protected under the Americans with Disabilities Act (ADA)?  According to a recent decision handed down by the U.S. Court of Appeals for the Tenth Circuit on September 6, 2019, the answers to these questions may be “yes.”

In Mestas v. Town of Evansville, the Tenth Circuit explained (and not for the first time), “there is no requirement that an employee use ‘magic words’ like ‘ADA’ or ‘reasonable accommodation’ when making a request” for an accommodation under the ADA.  Instead, “the employee must only make clear ‘the employee wants assistance for his or her disability.’” And, in the case of an ADA retaliation claim, an employee need not, in reality, have a disability. Rather, the employee only needs to demonstrate that they believe they are disabled under the ADA.

Roy Mestas, a sanitation truck driver for a town in Wyoming, had requested long-term leave and short-term leave related to a work-related back injury. Additionally, when he reported to work to assist with snow removal, he asked his supervisor if he could use his own snowblower because of his back pain.  The supervisor denied the request and allegedly said, “that’s what I have Mexicans for, to do this work.”   The next day, Mestas called his supervisor and asked if he could be excused from shoveling snow because he had reinjured his back.  The supervisor first hung up on him, and then told him he did not “want to hear [his] sh**.”  His employment was terminated the following day.

On appeal, the Tenth Circuit also held the lower court had a made mistake in conclusively determining Mestas had not engaged in protected activity (or specifically, in this case, made a request for  reasonable accommodation) under the ADA.  In so holding, the court focused on the fact that Mestas’s communicated need for time off and his desired use of a snowblower were connected to his back injury.  Interestingly, Mestas’s long-term leave, request for short-term leave, and snow-removal requests were among the facts the court stated could also establish a record of disability.

Further, the Mestas court clarified an employee may succeed on an ADA retaliation claim even if the employee is not, in fact, a person with a disability as construed by the ADA.  It may be enough that an employee has a “reasonable, good faith belief” he or she suffers from a disability and has requested accommodation under the law. Also important for employers to note is the court’s reminder that a termination of employment or other adverse employment action occurring shortly after protected activity, alone, “could conceivably establish” that discrimination caused the termination.

The employer’s bad news in Mestas doesn’t end with the ADA.  Rejecting the lower court’s classification of remarks like “beaner,” “stupid beaner,” and “dumb Mexican” as “offhanded” and “isolated,” the Tenth Circuit cautioned, “which comments made in the workplace rise to the level of discriminatory conduct, and whether their frequency was sufficiently pervasive, are questions” “quintessentially” of fact to be answered by a jury.  Employers should be aware alleged hostile comments—even if isolated or offhand—may be all that is needed to get a hostile work environment claim before a jury.

What are employers to do?

When all the facts from the Mestas case are considered, the Tenth Circuit’s decision is not that surprising. Mestas’s back condition was clearly known to his employer, and the supervisor allegedly engaged in dismissive and arguably discriminatory conduct.  However, the opinion is a reminder the ADA often puts employers in the dangerous position of being a mind reader when trying to navigate the uncertain and factually intensive world of ADA compliance.

Employers should consider taking cries for help seriously and should make good faith efforts to help employees, if doing so would be reasonable.  This can be done in many cases without necessarily labeling a request as a request for accommodation or making a premature and dangerous presumption someone suffers from a disability.  While listening to pleas for help and attempting to meet employees’ needs in the workplace could establish precedent that all employees are entitled to a bigger computer screen, for instance, this risk pales in comparison to the potential loss an employer may sustain in an ADA lawsuit.  And, as a practical matter, meeting employees’ work-related needs could boost employee morale and productivity.  In a situation where an employee’s need cannot be easily met, employers should remember to engage in the interactive process as required by the ADA, and consider giving legal counsel a call to discuss the specific facts.

On the hostile work environment front, employers should ensure they are committed to educating, on an annual or more frequent basis, their employees about improper conduct and statements in the workplace.  Employees need to understand that words have consequences—for the employer and employees.  Employers should have clear and accessible anti-discrimination, anti-harassment, anti-retaliation, and reporting policies and procedures, and they should audit and revise policies and procedures as the law evolves. More importantly, they should be serious about complying with the law and following their own policies and procedures.  Finally, employers should promptly investigate reports of discrimination, harassment, hostile conduct, or retaliation.