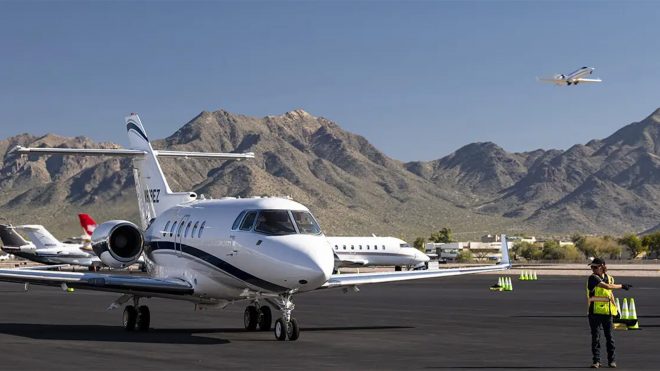 In an NBAA Insider article titled “Time running out to process new aircraft registrations in 2022,” McAfee & Taft aviation attorney Scott McCreary was interviewed about how ongoing backlogs at the FAA Civil Aviation Registry could impact the annual rush to close aircraft transactions and obtain new registrations before the end of the year.

The article reported that a high number of transactions in 2022 has led to backlogs as long as a six-months in processing documents at the registry. The average time to expedite registrations that require a temporary certificate of aircraft registration (“fly wire”) to operate have doubled or even tripled. That, along with the possibility of reduced operating hours at the registry over the holiday season, may be problematic for operators hoping to put their new aircraft into service by the end of 2022 for the purpose of meeting IRS requirements to claim 100% bonus depreciation before it drops to 80% in 2023.

McCreary, McAfee & Taft’s Aviation Group leader, noted those intending to import, export or operate the aircraft internationally may file to expedite processing of the fly wire.

“That process previously took one or two business days, but we’ve seen timeframes closer to three business days – and occasionally as many as six – for the FAA to process documents due to the sheer volume of requests.”

He said that in cases involving currently U.S.-registered aircraft operating within the United States, the parties may operate the aircraft within the U.S. for as long as 90 days on a copy of the aircraft registration application as their paperwork is being processed.