In employment law, including association discrimination cases, timing is everything.

When Terry Booker was fired from his job of 22 years at Delfasco, a manufacturing facility in Greene County, Tennessee, in March 2012, he filed suit for “association discrimination” under the Americans with Disabilities Act (ADA) and a retaliation claim under the Family and Medical Leave Act (FMLA).  The former employee claimed he was illegally discharged after his wife was diagnosed with cancer, and that the company’s primary motive for his termination was the cost of insuring his wife on the employer’s partially self-funded health insurance plan.

The court agreed that the evidence sure made this look possible. The timing of the events weighed in favor of Booker and created a question of fact, which means Booker’s claims against his former employer will now be decided by a jury.

In 2011, Booker’s wife was diagnosed with a life-threatening cancer.  She began undergoing treatment, the costs for which exceeded $50,000.  Some of the medical bills were paid by a health insurance plan provided by the employer, Delfasco.  The health insurance plan was partially self-funded, as Delfasco was responsible for employee’s medical claims, and reimbursed by a third-party insurer after expenses exceeded a set amount.  That “set amount” in 2011 was “around $75,000 or $90,000,” as explained by Steve Powell, Delfasco’s human resources manager.

Delfasco knew about Ms. Booker’s condition in 2011.  In fact, Mr. Booker testified that Powell brought up the issue of his wife’s medical expenses in the fall of 2011 and advised Mr. Booker that expensive medical treatments could cause the employer’s insurance rates to increase dramatically. 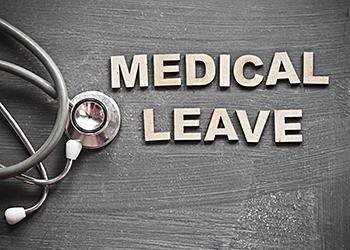 In 2011, shortly after his wife’s diagnosis, Booker applied for intermittent leave under the FMLA, which he used to care for his wife between June and December 2011.

On March 1, 2012, Powell and the plant manager informed Booker that he was being discharged for performance.  Unfortunately for Delfasco, his termination happened to coincide with the company’s negotiations to renew its health insurance plan. According to the plaintiff, the owner of the company, Jack Goldenberg, was aware of Mrs. Booker’s healthcare expenses, was concerned about negotiations, and even indicated to Powell that he wanted to find a way to not have Ms. Booker impact the rates. Terry Booker was the only employee with a large claim against the health insurance plan in 2011, and it was undisputed that HR and management knew this. Powell admitted the decision to discharge Booker came from Goldenberg, that he had not been consulted, and did not agree with the decision. Ouch.

After Booker was terminated, Delfasco renewed its health insurance plan.

As further defense, Delfasco told the Equal Employment Opportunity Commission that it reduced its workforce by more than 50% between December 2011 and September 2012 by discharging poor performers. One problem with this defense: At the time of the health plan renewal, Booker was the only one terminated.

So how did the court apply the law to these facts?  For the FMLA claim, the court first noted there are two types of claims: interference and retaliation. An interference claim alleges a denial of rights, while a retaliation claim focuses on an action taken against an employee for the exercise of those rights.

To establish a retaliation claim, Booker had to show (1) he engaged in activity protected by the FMLA; (2) the employer knew he was exercising his rights under the FMLA; (3) after learning of the employee’s exercise of FMLA rights, the employee suffered an adverse employment action;  and (4) there was a causal connection between the protected FMLA activity and the adverse employment action. Given the timing, several weeks of leave taken just under three months from the termination, and the known possibility more protected leave might be necessary, the court believed a jury could reasonably conclude Booker’s exercise of his FMLA rights was a factor in the decision to terminate him.

As you might imagine, the court’s reasoning was similar for plaintiff’s claim under the ADA.  Discrimination under the ADA includes discharge not only because of an employee’s own disability, but also because an employee was associated with a disabled individual 42 U.S.C. § 12112 (b)(4). Familial relationships are recognized as “associations” protected under the ADA. Booker needed to show (1) he was qualified for the position, (2) he was subjected to adverse employment action, (3) he was known to have a disabled relative, and (4) a reasonable inference can be made that the relative’s disability was a factor in the decision to terminate.

Here, there was no dispute as to the first three. For the fourth, the court cited other cases recognizing that an employee can make a claim for association discrimination based on “expense,” where he was terminated because of association with a disabled individual covered under the employee’s health plan, which is costly to the employer.

So what can we learn from this case where just about everything went wrong? Well, the result might have been different if the employer had better evidence of a legitimate business reason for the termination. A termination in 2012 allegedly based on a 2010 performance review (when the 2011 review noted the issues had been corrected) just won’t fly for someone in a protected category.

In addition, there was just too much evidence that management was worried about the cost of Ms. Booker’s medical expenses.  Had management (or at least the decision-makers regarding the termination) not been aware of the expenses, the result may have been different.  The fact that management knew and was in negotiations to renew the health plan created a big hurdle for this employer.