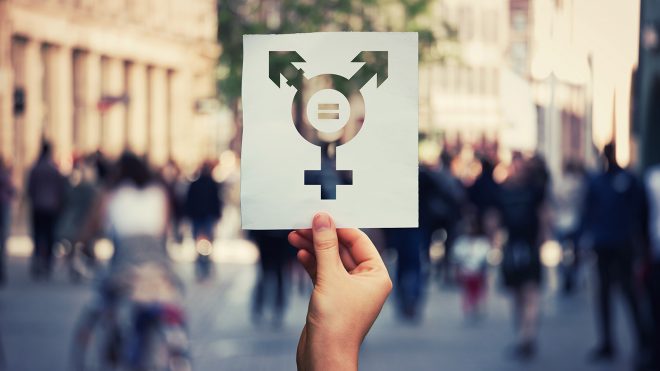 Courts around the country are split on the question of whether Title VII of the Civil Rights Act protects individuals against discrimination based on sexual orientation. A recent Arizona federal court recognized the ability of a transgender employee to sue his employer for harassment.

When John Doe worked as a correction officer at Arizona’s prison facility in Florence, he was transitioning from female to male. Doe informed his supervisors of this fact after completing training, acknowledging the transition process could be “awkward.”  He asked his supervisors and co-workers to respect him and refer to him using male pronouns or to call him Officer Doe.

Despite his request, Doe’s co-workers began calling him “she’ or a “he/she.”  Some were extremely vocal in their objection to Doe using the men’s restroom. After Doe’s complaints to supervisors, a few officers were reprimanded for their comments. One supervisor recommended that Doe “stay to himself” because his female coworkers “feel uncomfortable with you.”  Mistreatment of Doe escalated, culminating in his tires being slashed while at work. The prison made no effort to investigate the tire slashing but did honor Doe’s request for a transfer to another area.

At his request, Doe was transferred at least one more time. Throughout his time with the prison, Doe complained to his supervisors about ongoing derogatory comments made by co-workers about him. According to Doe, at one point correction officers were discussing with inmates his transgender status.

Doe filed a charge of discrimination with the Equal Employment Opportunity Commission complaining prison administration and co-workers had “breached my confidentiality of my being a transgender individual” and had subjected him to harassment. Thereafter, Doe sued his employer in Arizona federal court for violating Title VII for, among other things, subjecting him to harassment in the workplace.

The Doe court ruled his harassment claim will go to trial, and a jury will decide whether a reasonable person in Doe’s position would find the workplace so hostile towards transgender men as to create an abusive workplace. The court felt a jury should consider the following factors:

Doe’s harassment claims will ultimately be decided by an Arizona jury. Through court decisions and new laws, the trend is clear: employment discrimination based upon an individual’s transgender status will be found unlawful. More importantly, discriminating against and harassing transgender employees runs entirely counter to an employer’s goal to cultivate and maintain a respectful and professional workplace.

The good news for employers is that greater clarity on the issue of “sex discrimination” is forthcoming, as the U.S. Supreme Court has agreed to hear a group of cases next term to decide whether Title VII covers gender identity and sexual orientation.  Stay tuned.