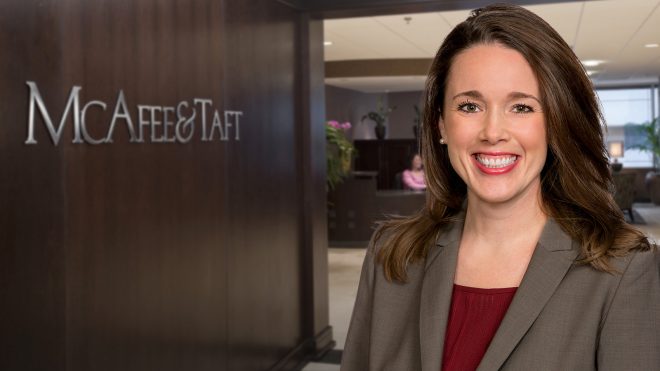 On December 19, 2019, the U.S. Senate confirmed McAfee & Taft shareholder Jodi W. Dishman to serve as a federal judge on the U.S. District Court for the Western District of Oklahoma.

Dishman was nominated by President Donald Trump in August to fill the vacancy created when U.S. District Judge Vicki Miles-LaGrange took senior status. A month later, she appeared before the Senate Judiciary Committee, where she was introduced and endorsed by U.S. Senator James Lankford of Oklahoma and was unanimously rated well-qualified for the bench by the American Bar Association.

“While we are very sad to see Jodi leave the firm, we know she will make an outstanding addition to the federal bench in Oklahoma City,” said McAfee & Taft managing director Michael Lauderdale.

Also confirmed by the U.S. Senate for a second vacancy on the U.S. District Court for the Western District of Oklahoma was U.S. Magistrate Judge Bernard M. Jones, a McAfee & Taft alumnus.