U.S. Supreme Court confirms ‘but for’ causation in Section 1981 cases 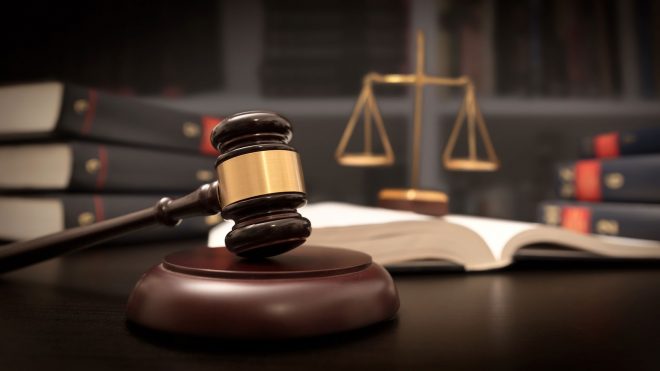 Surrounded by the confusion and anxiety of the current COVID-19 pandemic, it may feel refreshing to step back and consider some of the basic tenets of employment law.  The U.S.  Supreme Court’s recent decision in Comcast Corp. v. National Ass’n of African American-Owned Media provides the opportunity to do just that.  In that opinion, the Court reminds us that 42 U.S.C. § 1981 was created for a specific purpose and is uniquely different from Title VII of the Civil Rights Act of 1964.

Often in race discrimination cases, Title VII and § 1981 are the two vehicles used to vindicate rights.  While we tend to lump them together in thought, in reality they are very different.  42 U.S.C. § 1981(a) was passed as part of the Civil Rights Act of 1866 in the aftermath of the Civil War to vindicate the rights of former slaves.  It provides that all persons shall have the same right to make and enforce contracts, to sue, be parties, and give evidence as is enjoyed by white citizens.  While nothing in the Act specifically authorizes private lawsuits to enforce the right to contract, the U.S. Supreme Court implied a private right of action in 1975 and has explained that it was designed to eradicate blatant deprivations of civil rights.  As a result, often Section 1981 claims are paired with Title VII claims in race discrimination lawsuits.

Against this backdrop, consider the claims in the Comcast case arising out of failed negotiations between Comcast and Entertainment Studios Network (ESN), a 100% African American-owned media company, in which ESN sought to have Comcast carry its channels.  Comcast refused, citing lack of demand for ESN’s programming, bandwidth constraints, and its preference for news and sports programming that ESN didn’t offer.  ESN claimed these reasons were pretextual and that Comcast’s behavior violated Section 1981.

After substantial motion practice before the district court in which Comcast sought to dismiss ESN’s complaint, the district court determined that ESN failed to state a claim because it could not establish racial animus was the “but for” cause of Comcast’s conduct.  The Ninth Circuit Court of Appeals reversed, finding the district court used the wrong causation standard.  Instead, the Ninth Circuit held that a plaintiff must only plead facts plausibly showing that race played “some role” in Comcast’s decision-making process.   The U.S. Supreme Court granted certiorari to resolve the disagreements among the circuit courts of appeal over § 1981’s causation requirement.

The Supreme Court first analyzed tort law in which a plaintiff must demonstrate that, but for the defendant’s unlawful conduct, its alleged injury would not have occurred.  This “but for” causation test supplies the default or background rule against which Congress is normally presumed to have legislated when creating its own new causes of action.  The Court analyzed not only § 1981 but also § 1982 and concluded that they were intended to remedy discrimination “on the basis of race,” language that is strongly suggestive of a but-for causation standard.

In reply to this analysis, however, ESN argued that the court should draw on, and innovate with the “motivating factor” causation test of Title VII.  This was first adopted 1989 in Price Waterhouse v. Hopkins where the court held that a Title VII plaintiff does not have to prove “but for” causation; instead, it is enough to show that discrimination was a motivating factor in the defendant’s decision.  Once a plaintiff meets this standard, the defendant may defeat liability by establishing it would have made the same decision even if it had not taken the plaintiff’s race into account.  The motivating factor causation scheme did not last because in 1991 Congress passed the Civil Rights Act of 1991 providing that a Title VII plaintiff who shows that discrimination was even a motivating factor in defendant’s challenged employment decision is entitled to declaratory and injunctive relief.

The Supreme Court concluded that ESN’s argument was interesting and “well and good for understanding Title VII,” but said the argument does not shed much light on § 1981 claims.  The Court noted these are two statutes with two distinct histories, and there is “not a shred of evidence” that Congress meant them to incorporate the same causation standard.

In a final effort, ESN argued that the McDonnell Douglas Corp. v. Green burden-shifting framework for Title VII claims should be adopted for § 1981 claims.  Under this framework, once a plaintiff establishes a prima facie case of race discrimination through indirect proof, the defendant bears the burden of producing a race-neutral explanation for its action, after which the plaintiff may challenge that explanation as pretextual.  The Court was not persuaded.

While congratulations may be in order to ESN for its creative arguments, the Supreme Court ultimately applied traditional tools of statutory interpretation and found that § 1981 claims follow the usual rules – that is, in order to prevail, a plaintiff must initially plead and ultimately prove that, but for race, he (she or it) would not have suffered the loss of a legally protected right.  Thus, the Comcast case settles a dispute within the circuit courts of appeal and provides a little certainty in a time of uncertainty.