The new “ambush election” rules from the National Labor Relations Board (NLRB), which are scheduled to take effect April 14, were the subject of a disapproving resolution from the U.S. Senate this week. The Senate voted 53-46 to block the new election rules in S.J. Resolution 8. This resolution would block the new rules for union representation elections from going into effect, and require the NLRB to gain congressional approval before passing any similar rules. 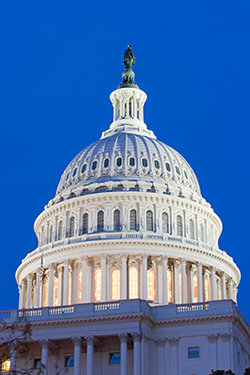 Business supporters of the resolution object to the new NLRB election rule because it “tilts the game strongly in favor of the union because the owner has very little time to educate his workers and secure legal counsel in to help navigate the process,” National Federal of Independent Business Sr. Legal Counsel Beth Milito, stated in a press release. “The union can plan for weeks, even months, in advance and the owner has to scramble to catch up.”

The new NLRB election rules would speed up the time period for an employee vote on a petition for union representation from 45-50 days to 10-20 days. The rules also would require employers to provide employee email addresses and phone numbers to unions, and postpone hearing on disputes about the election until after the election.