School is out and temperatures are rising. For many employers, summertime means a new crop of student workers. Summer internship programs are a time-honored tradition at many companies, providing educational benefits to the student interns and cheap labor for employers. However, problems may arise when internships are unpaid, as a recent string of wage and hour cases illustrate. The latest is a lawsuit out of New York, where Warner Music Group Corp. has agreed to pay $4.2 million to settle claims brought by former student interns. The court must still approve the proposed settlement. 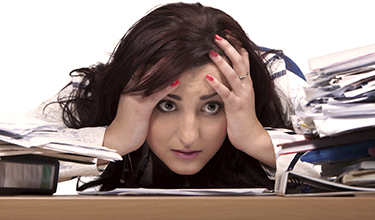 In Grant v. Warner Music Group Corp., two named plaintiffs brought a collective action on behalf of themselves and other employees who were classified as interns but were not paid any compensation, or were paid less than the minimum wage.  The plaintiffs alleged they were required to perform various office tasks, such as answering telephones, making copies, making deliveries, fetching lunch and coffee for employees, and running personal errands for employees. Plaintiffs alleged that Warner would have hired additional employees if plaintiffs had not performed this work. In addition to claiming they were owed minimum wage, plaintiffs claimed they regularly worked more than 40 hours a week and were owed overtime.

This case follows several other high-profile lawsuits brought against media companies by unpaid interns. In a similar case in May, a federal judge approved Viacom’s $7.2 million settlement agreement with former interns who had brought a minimum wage claim, and last week NBCUniversial agreed to pay $6.4 million to settle with former unpaid interns.  The allegations in the NBCUniversal case were similar to those in Grant v. Warner Music Group Corp.. Plaintiffs claimed they ran errands to get props, food and coffee, and completed and filed paperwork.

To pay or not to pay

Although the recent cases have targeted large media companies, any private-sector employer with unpaid interns is at risk for a minimum wage claim. The Department of Labor (DOL) has issued a test to determine when individuals who participate in private-sector internships may do so without pay. The following six criteria must be met:

Thus, in the DOL’s formulation, in order for an internship to be unpaid, the intern truly must not be providing any free labor for the employer. Companies who treat interns as gophers or flunkies like the interns in the Grant case are at risk, but so are employers who give interns the opportunity to perform interesting substantive work. Instead, interns should be trained, taught, and given experience, perhaps through shadowing existing employees, but the unpaid intern should not be put to work.

Alternatively, employers who wish to use “interns” in more substantive ways may, of course, always choose to pay the workers at least minimum wage.