What’s law got to do with it? 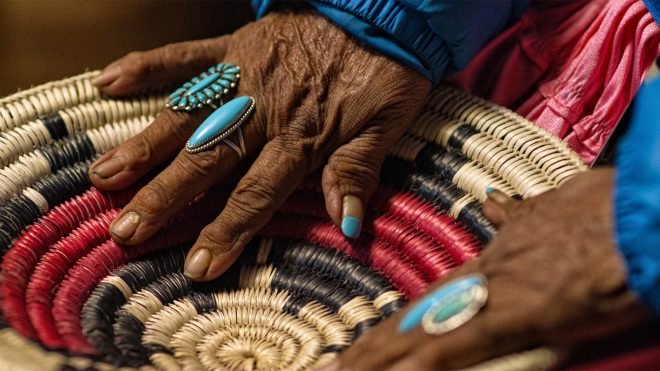 Each year, the December edition of the BPP serves as a special edition, examining a certain area of interest to the BP community. This year, we will be exploring the protection of intellectual property created by indigenous creators. As an introduction to this edition, I asked Rachel Blue, a former Examining Attorney for the USPTO and practicing IP attorney, to reflect on copyright— the topic of this current edition—and to introduce some of the unique challenges that will be subject of discussion in the December Special Edition. I hope you will become intrigued with the subject matter and return to read the full 26th Edition of The Brand Protection Professional Special Edition.

When lawyers talk about “intellectual property law” they usually mean the world of trademarks (names or symbols that identify the source of a product), copyrights (creative works, like paintings, songs, books), or patents (inventions). But for many Native Americans, “intellectual property” has a broader meaning that encompasses cultural heritage, tribal traditions, and traditional knowledge passed down through generations. Sometimes, cultural beliefs and notions of communal ownership can conflict with U.S. laws that give individual creators a “monopoly” on their creations in order to incentivize creativity. While copyrights and trademarks can be effective tools in brand protection, there are drawbacks when you are dealing with native cultural creations or brands that reference them.

Let’s look first at copyright: When you fix original, copyrightable subject matter (literary, musical, dramatic, pictorial works) in a tangible format, you have a copyright. Once you register that work at the U.S. Copyright Office, you can enforce that copyright by suing for copyright infringement and collecting statutory damages ($750 up to $150,000) if someone copies your work. You can also use that registration to get infringing items removed from websites or online marketing platforms. Copyright is really a bundle of five rights that belong only to the creator of a work or someone they designate. Only the author or designee can reproduce, distribute, make derivatives (like sequels), display, or perform the work. The copyright owner can transfer or license these rights one at a time or as a whole. Anyone who does any of these things without the copyright holder’s permission is committing copyright infringement.

What happens when you apply that individual right to artwork or crafts that come from indigenous cultures? A woven tapestry might be copyrightable subject matter (artwork) but is one that follows a traditional pattern, like a Navajo weaving featuring diamonds or crosses original in nature? Could we argue that those designs are in the public domain for all to use? Or, should they only be used by Navajo tribal members? What if the arrangement or colors of the elements is unusual, non-traditional, or meant to express another story? In copyright law, it is the expression of the idea rather than the idea itself that is protected, so, under the current U.S. law, the copyright would still belong to the original creator, even if it were based on traditional communal symbols. In other words, our laws are set up to reward an individual’s creative expression—they aren’t necessarily meant to protect communal cultural symbols.

One could argue that the laws protect and encourage creativity among indigenous artists just as they do for anyone else, so copyright law might be a useful tool for a native artist to protect a painting with an interpretation of the Four Directions. But does it also encourage exploitation, say, of a commercial enterprise that claims ownership (and thus excludes others from reproducing, distributing, displaying, performing or making derivative works from) a native inspired design or piece of music?

As is often the case, attempts to resolve the problem created other dilemmas. The Indian Arts & Crafts Act, originally enacted in 1990 and amended in 2000, was meant to protect native art and culture by making it illegal to offer or sell any good in a manner that falsely suggests it is Indian produced, an Indian product, the product of a particular Indian or Indian tribe in the United States. Imagine this scenario: An indigenous artist obtains a copyright on a painting. He then sells or licenses the copyright to a non-Indian. The non-Indian makes t-shirts with an image on them that bear the Indian artist’s signature (derivative works under the Copyright Act.). By virtue of the sale or license to the copyright of the painting, the non-Indian hasn’t violated copyright law, but what about the Arts & Crafts Act? Is the suggestion that the t-shirts are produced by the original indigenous artist a false one?

That same false suggestion of a connection to a tribe is a consideration in trademark law as well, and there has been some (albeit imperfect) effort to address the competing needs of incentivizing creativity while protecting cultural heritage from commercial exploitation. A trademark registration, like a copyright registration, gives its owner exclusive rights. Only the trademark owner or its designee can use the mark on the goods and services that are included in its registration. The USPTO prohibits the registration of trademarks that contain tribal insignia and now keeps a database of insignia (submitted by tribes) that are considered as part of the examination process. The USPTO uses this database to determine whether trademarks falsely suggest a connection to the tribal insignias of participating Native American tribes. The USPTO also considers whether proposed trademarks comply with other federal laws, among them the Indian Arts & Crafts Act, so it may refuse to register words or symbols that would create a false suggestion of a connection to an Indian tribe or particular Indian.

WHAT’S LAW GOT TO DO WITH IT?

This article originally appeared in the September 2022 edition of The Brand Protection Professional and is reprinted by permission of the publisher. © 2022 Michigan State University Board of Trustees