When is a company considered the employer of another company’s employees?

During the last several months, a number of government agencies and courts have taken the position that a company can be considered the employer of another company’s employees for purposes of employment law obligations. Most recently, the National Labor Relations Board asserted that a McDonald’s franchisor should be considered the “joint employer” of individuals working at a franchisee’s restaurant. A recent Tenth Circuit Court of Appeals decision that applies to Oklahoma explains how a company may avoid employment law obligations for non-employees. Not surprisingly, the analysis turns on the closeness of the relationship and the level of control exercised over non-employees. 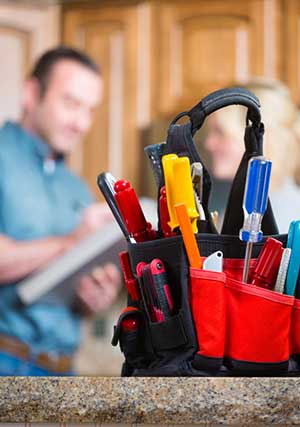 Picerne Military Housing, LLC was a property management company that managed military housing on bases around the country, including Ft. Riley, Kansas. Picerne employed managers and technicians to perform maintenance services for military housing. Picerne employees had specialized skills and certifications in heating, ventilation, air conditioning, electrical and plumbing, and they received specialized training from Picerne.

In addition to using their own employees, Picerne sometimes contracted with outside vendors for maintenance and repair work. When a family moved out of its home on the military base, Picerne employees or an outside vendor performed basic repairs and cleaning to prepare the home for the next family. This was called a “turn” of the home.

LGC was an outside vendor that contracted with Picerne to provide services for military housing. LGC was founded by Frank Lewis, and 98 – 100% of LGC revenues came from work assignments it received from Picerne. Picerne paid LGC a flat fee for each home turn performed at Ft. Riley. LGC retained 15% of the fee received from Picerne and paid the remainder to maintenance personnel that were LGC employees, after withholding state and federal taxes. Picerne did not pay LGC maintenance personnel directly; they were paid by LGC and received a Form W-2 from LGC. Although Picerne provided LGC maintenance personnel with a hazard awareness program and safety equipment training, Picerne did not supply any of the specialized training it gave to Picerne maintenance technicians.

From March to October 2010, Lisa Knitter worked for LGC on home turns at Ft. Riley. Picerne managers assigned particular homes to Knitter. While they would notify her which homes needed to be completed and the priority of those jobs, Knitter controlled her schedule for completing assignments. She determined what days she worked and the times she arrived and left Ft. Riley.

Although there were times where Picerne provided specialized equipment, such as tall ladders and specialized tools, Knitter provided her own tools to repair and clean base housing. Picerne required Knitter to wear a safety harness and protective eyewear and banned shorts and sleeveless shirts.

For the most part, Knitter performed home turns unsupervised by either Picerne or LGC. If she needed help or had specific questions, Knitter contacted Picerne managers. After Knitter completed a home turn, a Picerne manager conducted a walk-through to make sure it had been properly completed. If Picerne was dissatisfied, it contacted either LGC or Knitter directly to see that the problems were corrected.

Knitter’s falling out with Picerne

Eventually, Knitter and Picerne got crossways. Picerne managers were dissatisfied with Knitter’s work and claimed she sought pay for work she did not perform. Knitter complained that Picerne managers sexually harassed her by making derogatory comments and engaging in sexually graphic conversations with her present. On several occasions, Knitter complained to Picerne’s senior management about what she considered to be harassing and discriminatory conduct.

In October, 2010, Picerne’s director of maintenance operations, Brian Lamb, contacted LGC and asked it not to assign any Ft. Riley work to Knitter. Because it had no work assignments outside of Ft. Riley, LGC terminated Knitter’s employment.

Although she was an LGC employee, Knitter filed a lawsuit against Picerne contending it should be treated as her joint employer with LGC and alleging Picerne had discriminated and harassed her in violation of Title VII. The court dismissed Knitter’s lawsuit against Picerne, deciding Picerne could not be considered Knitter’s “joint-employer” for purposes of Title VII. Here’s why:

The court applied the “joint-employer test” to decide whether an employee of one company – in this case, LGC – could hold another company – Picerne – liable as her employer. The core of the joint-employer test is determining whether Picerne exercised sufficient control over the terms and conditions of Knitter’s employment. The court looked at a number of aspects of Knitter’s relationship with Picerne.

While not the only consideration, the ability to terminate employment is an important consideration in the joint-employer test. In this case, Picerne did not have the ability to require LGC to terminate Knitter’s employment. Picerne did not know what percentage of LGC’s business came from Picerne, and it had no way of knowing whether LGC had additional clients to reassign Knitter after Picerne asked that she be removed from Ft. Riley. Picerne’s request that LGC no longer assign Knitter to work at Ft. Riley did not make Knitter an employee of Picerne.

LGC had exclusive control over Knitter’s personnel records and payment for services. Picerne had no involvement in payroll, insurance, taxes or related income information. Instead, Picerne set flat rates paid to LGC for home turns. It did not control what LGC decided to pay Knitter for her work. Picerne never paid Knitter directly and never negotiated any rates for her services.

Picerne did not directly supervise Knitter’s work on an ongoing basis. Demonstrating to Knitter how it wanted home turns to be performed and asking her to re-do work it found unsatisfactory did not make Knitter a Picerne employee.

Finally, Picerne managers never attempted to discipline Knitter. It was entirely appropriate for Picerne to complain to LGC if it was dissatisfied with the quality of Knitter’s work on home turns. That did not make Picerne Knitter’s employer.

At the end of the day, Knitter could not sue Picerne as a joint employer because Picerne did not exercise sufficient control over her working conditions. To avoid unwittingly becoming an employer for another company’s employees: