When is hiring a competitor’s employee ‘racketeering’? 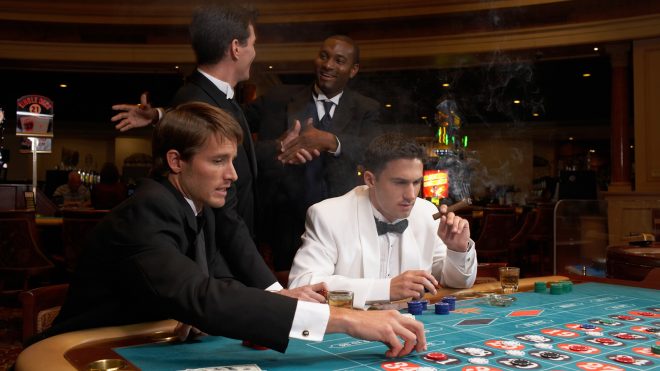 When hiring new employees – especially those who are currently employed or who recently have been employed by a competing company or organization – it’s always a best practice to ask them if they are subject to an employment contract from a prior employer.  Failing to do so can sometimes lead to serious consequences, such as this current lawsuit involving two luxury Atlantic City casinos and claims of unfair competition.

In a case filed recently in federal court in Nevada, Borgata Hotel Casino & Spa has accused its rival, Ocean Casino Resort, of luring away top marketing executives and stealing trade secrets aimed at attracting the business of profitable high rollers.

According to the lawsuit, Ocean first targeted William Callahan, Borgata’s vice president of relationship marketing, and Kelly Ashman Burke, Borgata’s executive director of marketing.  After Burke and Callahan were on board at Ocean, the casino resort allegedly enticed four more employees to leave Borgata and come to work for them.  In addition to suing its competitor, Borgata named Callahan and Burke as individual defendants in its lawsuit against Ocean.  The lawsuit seeks damages, injunctive relief, and enforcement of Callahan’s and Burke’s employment agreements.

Borgata sued for breach of contract, tortious interference, unfair competition, and violations of the federal Defend Trade Secrets Act and the Racketeer Influenced and Corrupt Organizations Act – i.e., “racketeering” (“RICO”).   The lawsuit alleges that when Callahan left Borgata to work for Ocean, he was in the middle of his employment agreement, which contained a provision prohibiting him from going to work for a competitor.  The contract also contained a non-solicit provision that was intended to prevent him from soliciting current Borgata employees to follow him after going to work elsewhere.  Burke was hired at the end of the term of her employment contract, but Borgata contends the hiring was in violation of a post-employment non-compete agreement.

Allegedly in an attempt to avoid the non-compete provision of Callahan’s agreement, Ocean hired Callahan and gave him the title of senior vice president of hotel operations.  Borgata contends the title is a sham, as Callahan, in the 18 years he was employed by Borgata, never had duties that would qualify him in the area of hotel operations.  Apparently Callahan, in his role for Borgata as vice president of relationship marketing, oversaw the relationships with Borgata’s most important high-value customers, including those who spent or gambled $1.5 million to $4 million per visit.  Callahan allegedly had all the important information about these individuals on his cell phone, which pursuant to company policy belonged to Borgata and which he has refused to return.

Dealing with departing employees can be tricky.  This lawsuit is only the most recent example of an employer suing a departing employee and their new (competitor) employer alleging, among other things, trade secret theft, unfair competition and racketeering.  It’s obvious why Borgata wanted to restrict the use of confidential or trade secret information – in this case, marketing strategies and incentives, guest gambling preferences and personal information, etc. – by  these high-level employees: gaining market share in the casino industry is big business.  The allegations are that Ocean hired these individuals and knew of their employment contracts.

Suit was recently filed by Borgata, so we do not yet have a response from Ocean. Even so, there are takeaways to be learned so that employers can avoid being in this type of litigation and can protect their confidential information.

For assistance in crafting specific, enforceable language to include in restrictive covenants or other employment agreements, please contact your McAfee & Taft Labor & Employment Group attorney.