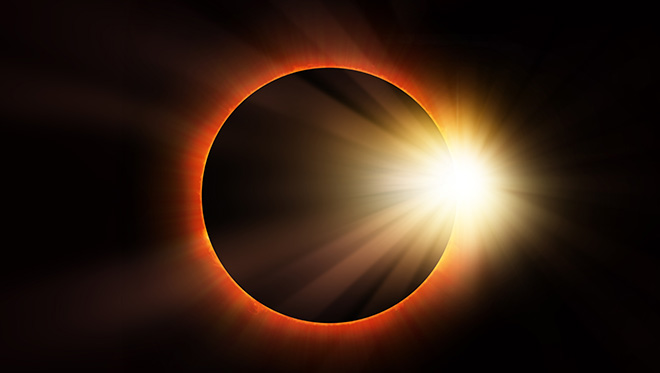 On Monday, August 21, 2017, all eyes will be on the skies as the first coast-to-coast solar eclipse in almost 100 years makes its way across the United States. And while Oklahoma won’t be on the 70-mile-wide path of totality, workers from all across the state are expected to step outside for a peek at the partial eclipse. For sincere eclipse enthusiasts, though, a day off may even be in their plans.

“Employers should take care not to grant requests for time off to view the eclipse while denying request for time off for other reasons, which could ultimately lead to discrimination,” said McAfee & Taft employment attorney Nathan Whatley in an article in The Oklahoman titled “Will the eclipse block out work? Eclipse Fever joins March Madness and Super Bowl Flu.”

He also noted that because federal law and most state anti-discrimination statutes prohibit discrimination based on one’s religion, employers should take seriously any employees who request leave on Monday for religious reasons, including those who may believe the eclipse is a sign of an impending apocalypse.