Workplace bullying on the rise 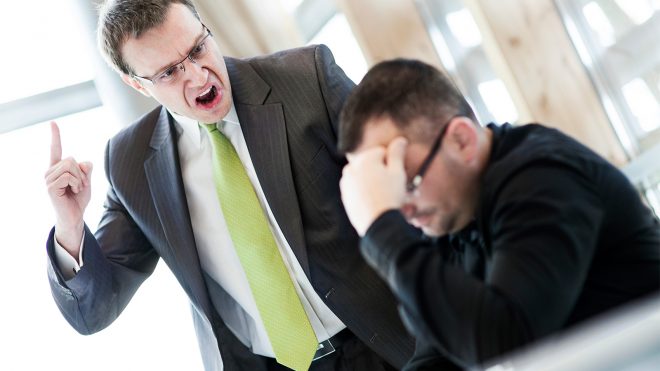 When an NFL lineman makes allegations that one of his teammates bullied him, people notice. A big, strong lineman in the macho world of pro football is not someone people think would or could be affected by teasing, jokes and tough talk. But Miami Dolphins’ lineman Jonathan Martin walked away from this team recently due to bullying from one of the other linemen on the team. How can bullying behavior affect employees in less visible workplaces?

The effect on employees who are subjected to bullying by a co-worker is a stressful, unhappy place to work. An employee who is worried about a co-worker – or worse yet, a supervisor – yelling at him, criticizing his work, or taunting him with derogatory remarks is an employee who is not able to concentrate on his job. This affects the employer in terms of both employee productivity and the potential for legal claims by the employee being bullied. Surveys indicate that workplace bullying is on the rise. Lawmakers in 25 states have proposed legislation to outlaw bullying in the workplace.

What can employers do to address the problem? First, make sure that policies in the employee handbook address employee conduct that interferes with another’s work, productivity, and efficiency and, conversely, promote respect among co-workers. This is different than an anti-harassment policy that typically addresses harassment based on legally protected characteristics like gender, race and religion. Second, publicize the policies on respect in the workplace to all employees. This can be done through employee training sessions, or other informal meetings. Third, let employees know it’s acceptable, and important, for them to report bullying or other conduct that interferes with their work. Employees should know how to report a supervisor’s bullying by going to the human resources department or a different manager. Fourth, investigate bullying concerns that are reported and take action to stop the bad behavior. Fifth, be observant by getting into the work areas, walking around and talking to employees.

In the case of Martin, it’s difficult to see how his employer could not have known of at least some of the conduct. Doing something about it at the time could have saved the club the embarrassment of the current situation and prevented the lineman from giving up a good job with the team.