Workplace investigations: Prompt and reasonable, but not always perfect 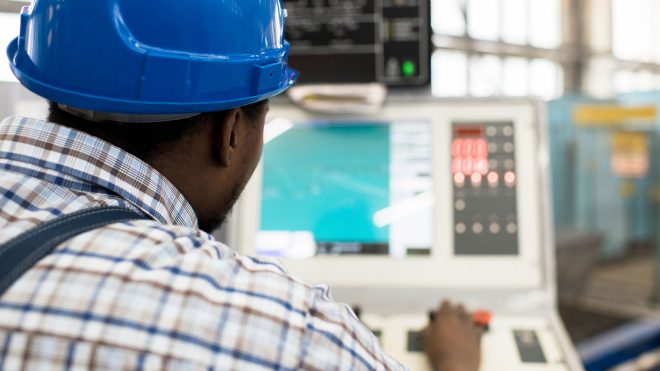 Employers understand the importance of investigating employees’ harassment complaints. A recent case explains what standards apply to the company’s investigation and what happens if the employer cannot determine who was the harasser.

Ronald Burns worked at Berry Global’s manufacturing plant as a maintenance technician on its night shift. Burns was Black and the victim of four despicable racial harassment incidents that his employer attempted to investigate and remedy.

When Burns returned to his locker at the end of his shift on August 7, he found a piece of cardboard in his locker with “dance monkey” written on it. When he brought the note to the attention of Plant Manager John Edwards, Edwards immediately contacted HR Generalist Jamie Long, who then alerted the employer’s human resources manager. Despite spending several hours reviewing security camera footage, neither Long nor Burns could not identify the person responsible. The plant manager subsequently met with and advised night shift employees “this type of harassment would not be tolerated.”

As he was gathering his items four days later, Burns discovered a noose hanging from the lock on his locker. Burns texted a photo of the noose to Long and met with her. Burns explained what had happened, asked for the ethics hotline number, and asked Long to look into these occurrences. Burns called the hotline and was told to take off the next two days.

The second incident caused Berry Global to intensify its investigation. Long kept Burns advised of any progress. In addition to continuing to review security camera footage,  she interviewed 19 employees from two shifts. Despite these efforts, the employer was not able to identify any suspects.

In addition to the investigation, Berry Global made workplace changes to address the racial incidents. Supervisors began conducting periodic walk-throughs of the locker room. The camera was adjusted to improve surveillance coverage, and lockers were placed in a location making them fully visible to the camera. Finally, Berry Global conducted a “Refresher Code of Respect” training.  At Burn’s request, he was directed to the employer’s Employee Assistance Program, and Long offered to meet with him once a week.

On August 24, Burns found a piece of cardboard in his locker upon which “die n*****” was written. Although it was the middle of the night when they were notified, Plant Manager Edwards and HR Generalist Long immediately returned to the facility to begin an investigation. After reviewing the camera footage for this most recent event, the employer identified one employee who could have been present for all three incidents. The potential suspect was immediately suspended while Berry Global investigated further.

Long then re-interviewed the employees from the two shifts, but these were inconclusive. Long informed Burns there was not enough evidence to link the suspended employee to any of the prior incidents. Long offered to move Burns to a different shift, but he declined the transfer.

On January 19 a noose was left in Burns’ toolbox. Burns viewed the video footage, but he could not determine who was responsible. Meantime, Edwards and Long interviewed the employees who were working at the time and reviewed the video footage as well. After the fourth incident, toolboxes were moved to an area covered by camera surveillance, and supervisors were instructed to “look for any odd items such as slip knots hanging off items and any other potential problems that could be construed as harassment in any manner.” Reluctantly, Long told Burns that they had completed their investigation and could not conclusively determine who was responsible.

Burns, who had been looking for another job since the first noose incident, resigned his employment in March after finding other work. He then sued Berry Global for racial discrimination, racial harassment, hostile work environment, retaliation, and constructive discharge. Among other things, Burns contended his employer had handled the situation poorly and improperly.

An appropriate response by an employer to a complaint that is aimed at ending harassment should include:

In this case, the court found Berry Global and its supervisors and HR professionals had acted responsibly. The investigation began promptly and included multiple meetings with Burns and interviews of employees on two shifts. The employer spent hours combing the video records in an effort to identify the harasser. Burns was given time off after a noose incident, and the plant manager met with shift employees to impress upon them that Berry Global did not tolerate harassment. The supervisors began locker room walk-throughs to prevent future harassment events. In addition to new hire orientation covering the employer’s prohibition of discrimination and harassment, the company conducted refresher training for the two shifts involved in Burns’ harassment. Finally, Berry Global offered Burns the option of transferring to a different shift.

Without a doubt, Burns had faced intolerable racial harassment by unidentified, co-worker harasser(s); however, Berry Global was deemed to be not liable because the company had acted promptly and responsibly in attempting to address these horrible events. In the words of the federal court: “Title VII requires a reasonably prompt corrective response, not a perfect response.”

No one should have to face the treatment Burns experienced at his job. When an employer learns of possible harassment like this – from whatever source – it is critical to immediately launch a thorough and thoughtful investigation. Ideally, the guilty party will be identified, dealt with, and the harassment stops. But even when the employer is unsuccessful in discovering the wrongdoer, a prompt, thorough and thoughtful investigation sends the important message to its workforce that the employer takes seriously and does not tolerate workplace discrimination and harassment. It also serves as a defense if an employee accuses you of acting irresponsibly.