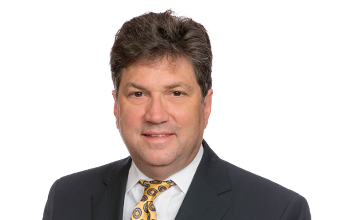 In an effort to help clients avoid future litigation, he works closely with the firm’s employee benefits attorneys, providing valuable advice regarding the design and implementation of employee benefits plans, and regularly counsels clients on ERISA and insurance compliance. He also drafts and reviews service contracts as part of his benefits counseling practice.

A portion of Mark’s practice is also devoted to appellate matters. Throughout his career, he has successfully represented clients before the U.S. Supreme Court and various federal and state appellate courts.

His achievements have earned him inclusion in The Best Lawyers in America (commercial litigation; employee benefits/ERISA law; ERISA litigation; insurance law) and Oklahoma Super Lawyers. He was selected by Best Lawyers as the “Oklahoma City Employee Benefits (ERISA) Lawyer of the Year” for 2015 and “Oklahoma City ERISA Litigation Lawyer of the Year” for 2016, honors only given to a single lawyer in each legal specialty in each community.

Mark is a frequent speaker on the specialty topics of ERISA and insurance litigation at the state and national levels. He has also been interviewed by the media for his analysis on U.S. Supreme Court decisions and has served as an expert witness in major litigation. He recently testified as an expert witness on behalf of a group of four insurance companies who were sued in California arising from a $215 million class action settlement in the Health Net/ Ingenix database litigation in New Jersey federal court.

Mark devotes a significant portion of his practice to pro bono representation. As part of his pro bono practice, Mark recently obtained a $300,000 federal jury verdict and a permanent injunction on behalf of a family against a man who had stalked and harassed them for 14 years. The case is believed to be the first time a federal court has permanently enjoined a behavioral stalker.

Mark advises clients on legislative and regulatory compliance issues and he is a member of the Federal Bar Association’s National Government Relations Committee.

Upon graduation from law school and before entering private practice, Mark served as a law clerk for the Honorable William J. Holloway, Jr., Chief Judge of the U.S. Court of Appeals for the Tenth Circuit.

Ethics: Ethical Considerations and Issues for the ERISA Practitioner, Including Conflicts of Interest

To ERISA or Not to ERISA

Cigna v. Amara Revisited: The Ongoing Fallout From this Landmark Case and Its Progeny

409A Compliance and Correction: How to Adequately Administer Plans Given the Complexity of the Rules and Avoid Operational and Documentation Failures

Service Provider Relationships: Defending and Managing Litigation that Arises Between Plans and Providers

Potential Legal Issues Facing a Health Board or Plan

Understanding Fiduciary, Criminal and Ethical Considerations in The ERISA Context 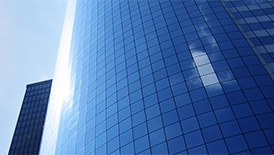