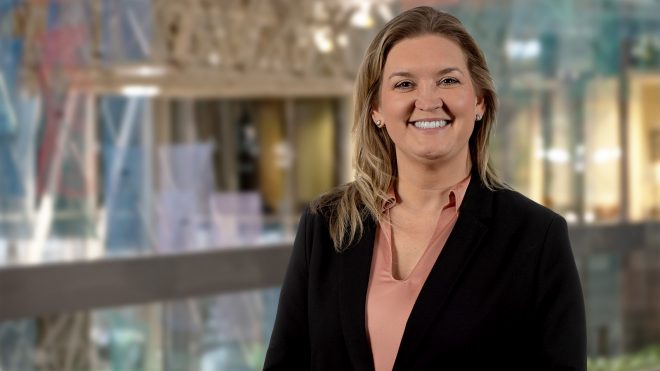 Registered patent attorney Genni Ellis has joined McAfee & Taft, the state’s largest law firm, as the newest attorney in its Intellectual Property Group. Ellis’ practice encompasses all areas of intellectual property law, including patents, trademarks, copyrights, trade secrets, and related licensing and litigation. Her patent practice, which includes preparing and prosecuting domestic and international plant, design, and utility patents, is focused in the technical areas of life sciences and chemistry.

Ellis is a member of the firm’s agriculture and equine, biotech, cybersecurity and privacy, and energy and natural resources groups.

Ellis earned a bachelor’s degree in political science with a minor in chemistry from the University of Oklahoma in 2005, a bachelor’s in biological sciences from the University of Alaska in 2008, a master’s degree in public health from Walden University in 2011, and her Juris Doctor from the University of Oklahoma College of Law in 2017. Prior to entering law school, she worked for both the State of Alaska Department of Health and the State of Alaska Department of Education. While in law school, she served as an intellectual property legal intern for the U.S. Navy’s Office of Counsel – Naval Surface Warfare Center, where she researched and drafted patent applications for submission to the U.S. Patent and Trademark Office on behalf of the U.S Armed Forces.

With 175 attorneys, McAfee & Taft is one of the nation’s 250 largest law firms as ranked by the National Law Journal.